New York - Twenty-two people were killed and at least 42 people were injured after a gunmen opened fire inside a gay nightclub in Orlando, Florida, according to the Associated Press. 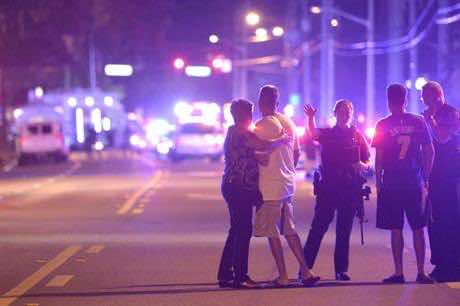 New York – Twenty-two people were killed and at least 42 people were injured after a gunmen opened fire inside a gay nightclub in Orlando, Florida, according to the Associated Press.

The tragic attack, described by local police as an act of domestic terror, occurred at 2 a.m. local time when a gunman wielding an assault-type rifle and a handgun took hostages and opened fire inside a crowded Florida nightclub where there were at least 100 people inside.

According to the Associated Press, the suspect exchanged gunfire with an officer working at the club around 2 a.m., then went back inside and took hostages.

so far, there has been no hint from Orlando authorities that the mass shooting may be related to international terrorism.

Orlando authorities said the mass shooting was being investigated as an act of domestic terror. “This is an incident, as I see it, that we certainly classify as domestic terror incident,” said Orange County Sheriff Jerry Demings, according to the same source.

As soon as the shooting began, a Facebook post came from the nightclub, calling club-goers to get out and run.

“Everyone get out of Pulse and keep running,” the nightclub posted on its Facebook page immediately after the shooting began.