Marseille - 35 people have been wounded on Saturday in clashes that erupted between England and Russia soccer fans before and after a match at the European Championship, police said. 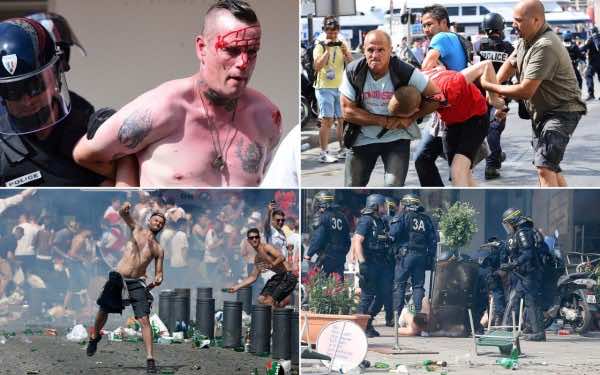 Marseille – 35 people have been wounded on Saturday in clashes that erupted between England and Russia soccer fans before and after a match at the European Championship, police said.

Regional police chief Laurent Nunez said that most of the injuries were minor.

French authorities have been on the defensive after media broadcast live scenes of brutal fighting at the Old Port in Marseille and surrounding side streets ahead of Saturday’s game between England and Russia.