Geneva - United Nations High Commissioner for Human Rights, Zeid Ra'ad Al Hussein, deplored on Monday "the widespread anti-migrant rhetoric that we have heard, spanning the length and breadth of the European continent".

Geneva – United Nations High Commissioner for Human Rights, Zeid Ra’ad Al Hussein, deplored on Monday “the widespread anti-migrant rhetoric that we have heard, spanning the length and breadth of the European continent”.

The United Nations human rights boss decried a “worrying rise” in detention of migrants in so-called “hotspots” in Greece and Italy and urged authorities to find alternatives to confining children while their asylum requests are processed.

“Even unaccompanied children are frequently placed in prison cells or centers ringed with barbed-wire. Detention is never in the best interests of the child – which must take primacy over immigration objectives,” Zeid Ra’ad Al Hussein he told the opening of the UN Human Rights Council’s.

Zeid urged the EU to collect data on migrant detentions by member states, warning that “the figures would, I fear, be very shocking.”

More than one million people made the journey to Europe in 2015, the majority fleeing war in Syria and the West Asia, and a further 208,000 have come since January, according to UN figures.

More than 2,850 people have died trying to cross the Mediterranean so far this year.

Faced with the influx, the UN rights chief warned that in many countries were showing “a strong trend that overturns international commitments, refuses basic humanity, and slams doors in the face of human beings in need.”

He pointed out that EU countries so far have managed to relocate fewer than one percent of the 160,000 people they have committed to taking from overwhelmed Greece and Italy.

He urged European countries to “find a way to address the current migration crisis consistently and in a manner that respects the rights of the people concerned,” and to “remove hysteria and panic from the equation.” 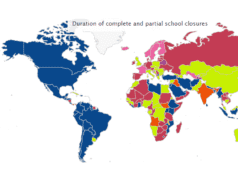