Rabat - The Orlando massacre this Sunday, the largest non-military shooting in American history, has prompted a massive outpouring of solidarity among Americans. 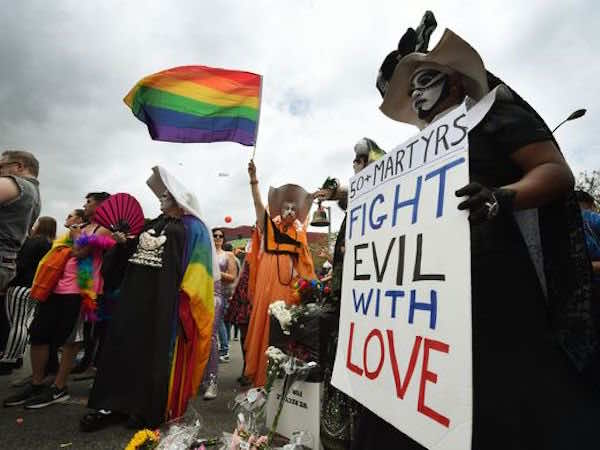 Rabat – The Orlando massacre this Sunday, the largest non-military shooting in American history, has prompted a massive outpouring of solidarity among Americans.

Just as these catastrophic events showcase the worst in humanity, they also seem to reveal its best. Massive blood drives are being held all across Florida, and the nation overall, to donate to the victims. Chick-fil-A, the fast-food restaurant whose owner previously made news for his anti-gay marriage stance, has donated free food to blood donors, including on Sunday when the restaurant is normally closed. Notably among these groups offering solidarity were Muslim Americans.

The Islamic Society of Central Florida’s president and imam, Mohammad Musri, described the attack as “monstrous” and urged fellow Muslims to donate blood to help the injured victims. He also asked them to cooperate with police and FBI investigators.

Regional coordinator for Orlando’s Council on American-Islamic Relations (CAIR) Rasha Mubarak also condemned the attacks as “monstrous” and spoke of uniting America’s Muslim community with “our fellow Americans in repudiating anyone or any group that would claim to justify…such an appalling act of violence.”

Hassan Shibly, CAIR’s Florida executive director, said that “America is one of the best places in the world to be a practicing Muslim — to be Jewish, to be Christian, to be atheist, to be whoever you want to be, it offers us more freedom to practice our religion than almost anywhere else.” She continued to condemn the attacks, saying that the perpetrator will “answer to God for his horrific crimes.”

CAIR Florida has, as of Monday, raised $44,000 for the victims’ families. They have expressed support for the LGBT community.

Mahmoud ElAwadi, Merrill Lynch financial advisor, went viral after his Facebook post. He posted a picture of himself donating blood in Florida, and an extensive description of his identity and opinions, including being a proud Muslim American, donating blood despite fasting for Ramadan (among hundreds of other Muslims), anger, sadness, and frustration at a “crazy guy claim[ing] to be a Muslim,” and recognizing an outpouring of sympathy, cooperation, and blood donation from fellow Americans. He finished by saying “our blood all look[s] the same so get out there and donate blood.”

“Yes, our community in central Florida is heartbroken but let’s put our colors, religions, ethnicities, sexual orientation, and political views all aside so we can UNITE against those who are trying to hurt us,” he added.

Some have called for Muslims to do more to support the LGBT community, given Abrahamic religions’ historical disapproval of homosexuality. Actively tolerant and accepting Muslim groups do exist, including Muslims for Progressive Values, the Muslim Alliance for Sexual and Gender Diversity, Toronto Unity Mosque, and the Inclusive Mosque Initiative. Some hope that Sunday’s calamity will prompt a more mainstream solidarity between Muslim groups and the LGBT community.