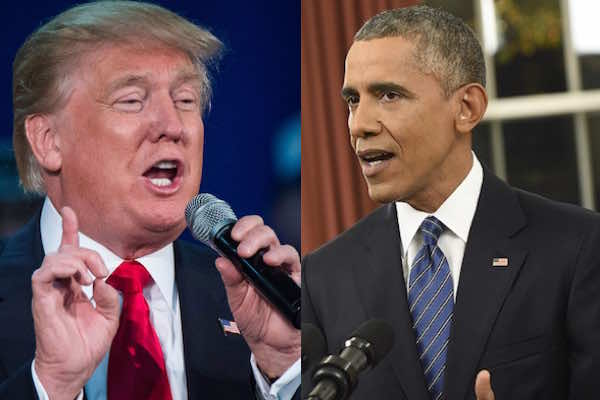 By
Ghita Benslimane
-
Ghita is a Moroccan native and a graduate of Boston University’s Film and Television program.
Jun 14, 2016
Spread the love

Washington – Speaking at the Treasury Department on Tuesday, President Obama again addressed the tragic shooting that occurred in Orlando, tackling remarks by presidential candidate Donald Trump, who criticized Obama for not using the term “radical Islam” and again called for a ban on Muslims entering the U.S.

“Would it bring in more allies? Is there a military strategy that is served by this? The answer is none of the above. Calling a threat by a different name does not make it go away,” he continued.

Though President Obama did not refer to Trump by name, it was clear he was referring to the presumptive Republican nominee when discussing the use of the term ‘radical Islam.’

On June 12, Donald Trump tweeted, “Is President Obama going to finally mention the words radical Islamic terrorism? If he doesn’t he should immediately resign in disgrace!”

The President, however, says using the term is beside the point. “If we fall into the trap of painting all Muslims with a broad brush and imply that we are at war with an entire religion, then we are doing the terrorists’ work for them,” he said.

In his speech, Obama also brought up the issue of gun control, asking Congress to enact tougher gun laws and to renew the assault weapons ban.

“We have to make it harder for people who want to kill Americans to get their hands on weapons of war that let them kill dozens of innocents,” Obama said. “Enough talking about being tough on terrorism. Actually be tough on terrorism.”