Marseille - France has qualified for the 8th finals of Euro 2016 following its last-minute victory over Albania (2-0) Wednesday night in Marseille. 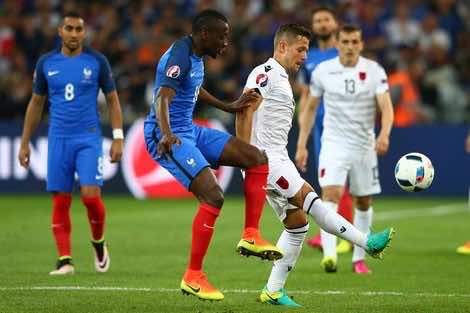 Marseille – France has qualified for the 8th finals of Euro 2016 following its last-minute victory over Albania (2-0) Wednesday night in Marseille.

With a total of 6 points, the French squad is guaranteed to finish in the top two in Group A.

The player of Atletico Madrid, Antoine Griezmann, scored the first goal of France in the final minutes (90th) with a header, before Dimitri Payet added a sublime second in stoppage time.

Didier Deschamps’ men will play a match for first place on Sunday in Lille, against Switzerland, the second of the group with four points after a draw against Romania (1-1).