Rabat – The Gulf Cooperation Council (GCC) member states are set to benefit from the growth in Muslim travelers during the holy month of Ramadan, according to new research released today by MasterCard and CrescentRating. 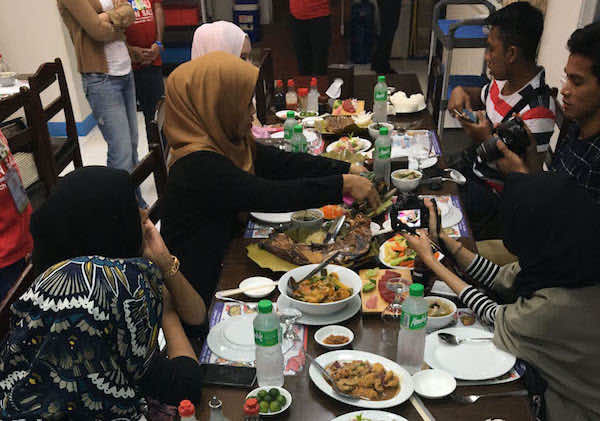 Rabat – The Gulf Cooperation Council (GCC) member states are set to benefit from the growth in Muslim travelers during the holy month of Ramadan, according to new research released today by MasterCard and CrescentRating.

The growing trend by Muslims to travel during the fasting period will see destinations in the GCC region become the most attractive by 2023 according to data and analysis from the inaugural MasterCard-CrescentRating Ramadan Travel Report 2016.

A total of 50 destinations across the globe were analyzed in the study and benchmarked across three criteria – average daytime temperature, fasting duration and Global Muslim Travel Index 2016 scores – over the next 15 years until 2030.

It is the first ever report of its kind to provide destinations and businesses in the tourism industry with useful insights on how they can develop medium to long-term strategies to attract and cater to Muslim travelers during Ramadan over the coming years.

With Ramadan set to take place in cooler months from 2023, destinations in the Middle East such as the UAE, Qatar and Oman will become an attractive proposition for Muslim travelers. The report also showed that Jordan, Egypt, Morocco and Tunisia could also benefit from this trend.

“Ramadan travel has been largely ignored by the industry despite the growing trend in the last few years,” said Fazal Bahardeen CEO of CrescentRating & HalalTrip.

“However, the report has revealed some very interesting insights especially for countries in the Middle East. Muslims traveling in Ramadan is becoming a reality and one which can benefit countries, through strategic destination marketing and planning by the tourism authorities.

“As one of the fastest growing tourism sectors in the world, the Muslim travel market brings tremendous opportunities. An increasing number of governments are boosting their efforts to attract more Muslim visitors to their countries. With travel during Ramadan also expected to grow in the next decade, the new MasterCard-CrescentRating Ramadan Travel Report will be valuable to businesses and governments in helping them gain a better understanding of the unique needs and preferences of Muslim travelers and how they can adapt or tailor products and services for them during the holy month,” said Safdar Khan, Group Country Manager, Indonesia, Malaysia and Brunei; Group Head, Islamic Payments, Southeast Asia, MasterCard.

The report also shows that Malaysia remains the top ranked destination for most of the years until 2026.

Six key drivers have been identified in the report to be contributing to the increasing number of Muslims traveling during Ramadan.

These include the growing number of pilgrims to Saudi Arabia to perform Umrah, business travel, spending Ramadan with family, experiencing Ramadan in a different environment and culture, celebrating Eid with family as well as extreme weather conditions or duration of fasting.

The report also takes into account the special place that Makkah and Medina (Saudi Arabia) hold as the top destinations from a religious perspective, irrespective of the three criteria used for this analysis. As such, the Kingdom is excluded from the ranking and has been addressed separately on how Ramadan travel can help boost efforts towards achieving Vision 2030.

The MasterCard-CrescentRating Global Muslim Travel Index 2016 revealed that in 2015 there were an estimated 117 million Muslim visitor arrivals globally, representing close to 10 percent of the entire travel market. This is forecasted to grow to 168 million visitors by 2020 the equivalent of 11 percent of the market segment with a market value projected to exceed US$200 billion.