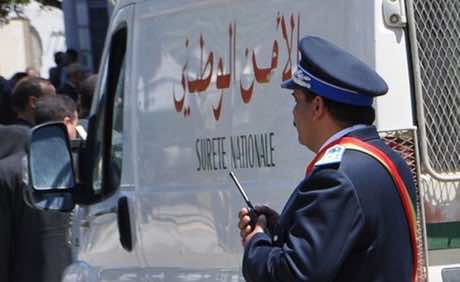 Rabat – On Monday, police in Zagora arrested two young men accused of publicly breaking the Ramadan fast. The authorities sent the two men to the court for prosecution, which released them on bail before their trial on Thursday,

The two men work as porters for merchandise. They stated that they do not belong to any movement calling for the law prohibiting publicly breaking the Ramadan fast to be overturned.

They also expressed that the reason for their behavior was extreme heat and tiredness because of work, especially since they were not able to have their pre-dawn meal (Suhoor).

The President of the local branch of the Moroccan League for Human Rights lashed out at the police for arrest the arrest, asserting that ‘‘these two young men were forced to drink to keep their lives, after a long day of hard work in the market.”

‘‘Whoever, while clearly known for their membership in the Muslim religion, ostensibly breaks the fast in a public place during the time of Ramadan, without grounds permitted by this religion, is punishable by imprisonment of one to six months and a fine of MAD 200 to 500.”