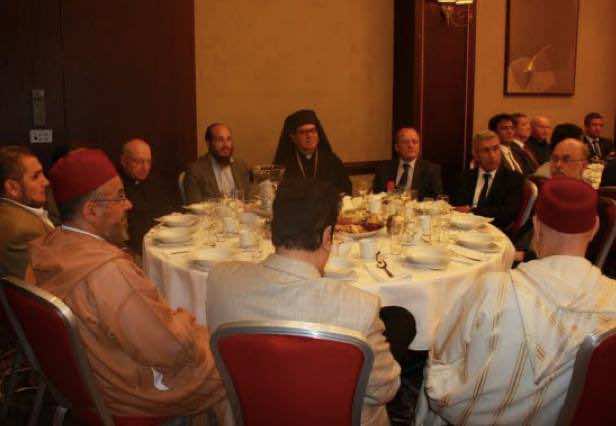 Tahar Toujgani, president of The European Council of Moroccan Ulema stressed the virtues of the holy month of Ramadan, especially the values of sharing, fellowship, and living together. After condemning the brutal terrorist acts that occurred purportedly in the name of Islam, he stressed that nothing can justify such a crime committed against innocent citizens.

Mr. Samir Addahre, Morocco’s ambassador to Brussels, stressed the need to defend the values that unite the three religions, particularly after the current terrorist acts in different parts of the world. He added that these acts have nothing to do with Islam.

“This Iftar allows us to send a twofold message to those who want us to stand divided: that we are united around principles and universal values of brotherhood, solidarity, and friendship, and that those who cloak themselves in religion and commit these unspeakable acts have nothing to do with religion” stated Mr. Samir Addahre

The ambassador also highlighted the efforts of the Moroccan Kingdom to preserve spiritual safety and ensure that the practice of Islam remains in harmony with the noblest democratic values that Morocco has consistently upheld under the leadership of HM King Mohammed VI, Commander of the Faithful.