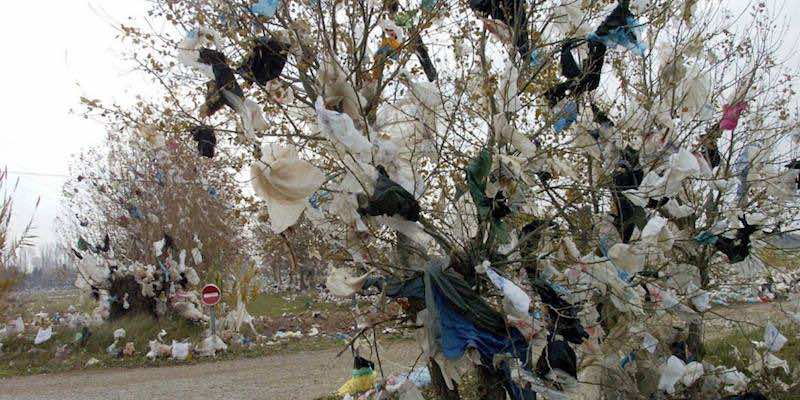 Rabat – With the Conference of Parties (COP 22) in Marrakech approaching, the “Zero Mika” campaign has launched to replace plastic bags in Marrakech before COP 22.

The Moroccan Coalition for Climatic Justice (CMJC), who initiated ‘Zero Mika’, sees the rise of littering of plastic bags as a phenomenon of modern times.

CMJC, a coalition of approximately 150 associations, key networks and syndicates, will organize programs of awareness by collecting trash in many cities of the kingdom. This operation will take place locally throughout different associations that compose the (CMCJ), who will organize their collecting companies.

This campaign will last from the 24th until the 26th of June with a focus on “black areas,” where plastic bags are numerous. The CMCJ wishes that this project of awareness will strengthen the use of alternative products that will replace the usual plastic bags.

This campaign will also seek to mobilize civil engagement in order to make the movement efficient. A call to action for all citizens will be launched so that they can mobilize for the collection operation. The modalities of participation will be communicated in the future.

In 2015, the Minister of Industry proposed Bill 77-15 to bans the import, export, manufacture, and use of plastic bags and imposes heavy fines on violators. On March 24, the government ratified a decree  to apply the provisions of 77-15. Plastic bags can take 1,000 years to degrade, and can appear as a blight on the countryside, imposing a real threat to the environment and livestock.

According to H24 Info, there are a billion plastic bags used every year in Morocco; moreover, without an effective recycling policy, much of the bags are found in nature, polluting soil and seeping into groundwater as they decay.

According to a study cited by the Telegraph, “when seabirds, sea mammals, or fish ingest plastic particles, blocking of the gut is likely to harm or even kill the organism.”

A few years ago, Morocco had prohibited the use of black plastic bags for health and environmental reasons.