New York - Hundreds of people of all faiths gathered on Saturday, June 18, at the Beachmont School Cafeteria to celebrate an interfaith Iftar organized by the Moroccan American community of Revere. The event was attended by religious leaders representing all faiths in the city of Revere to promote a culture of peace, tolerance, and coexistence. 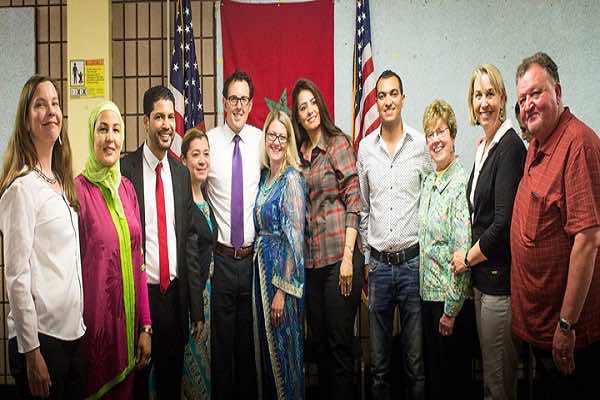 New York – Hundreds of people of all faiths gathered on Saturday, June 18, at the Beachmont School Cafeteria to celebrate an interfaith Iftar organized by the Moroccan American community of Revere. The event was attended by religious leaders representing all faiths in the city of Revere to promote a culture of peace, tolerance, and coexistence.

Muslims do not eat or drink during the day for the month of Ramadan. At the end of the day an Iftar is held. An Iftar is a meal served at the sunset to break the day’s fast. The Iftar celebration varies from one cultural group to another. Therefore, people who attended this event were allowed to observe and experience an Iftar the Moroccan way. This includes trying some of the mouth-watering Moroccan dishes and enjoying some great music from Morocco, which was performed by the Noor Ensemble.

During this special Iftar, all the guests had an opportunity to speak, on a personal capacity, with officials who attended the event. Mayor Arrigo addressed the Moroccan community and thanked them for their generosity and hospitality. He added that the Moroccan community is carrying on the tradition of immigrants who chose to pursue their hopes and dreams in Revere. He continued by telling those in attendance that they have contributed to our collective story — a story of persistence, faith and family.”

The Moroccan-born city’s chief administrative officer (CAO), Omar Boukili, interacted with the Moroccan community to learn more about their concerns. “Events like this are very important so we can get to hear from the diverse community of Revere,” said Boukili.

Rachid Moukhabir, a proud Moroccan American community organizer and a longtime Revere resident, spoke to the audience on behalf of the Muslim community condemned the recent horrific attack against the LGBT community in Orlando, Florida. “Our entire community should not be held responsible for the actions of ISIS or any other terrorist group,” said Moukhabir. (but FBI has recently said that Omar Mateen was not affiliated with ISIS.)

The night started with a recital of some verses from the holy Quran by Imam Soufyan, which were translated to English by the 9-year-old Ninna Nafai. Then, all governmental and religious leaders were recognized. After Al-Adhan, the call to prayer, and right before the dinner started, Muslims prayed Salat Al-Maghreb, sunset prayers. Next, everyone got to enjoy the Iftar. While adults were enjoying the event, their kids were having a good time with John the balloon man.

This event was mainly sponsored by volunteers from the community as well as some Moroccan and Arab businesses: Casablanca House of Pastry, the Good Diner, Tibari Travels, Omar Financial Services, Abeer & Associates Investment Group, and HHH Financial Solution. 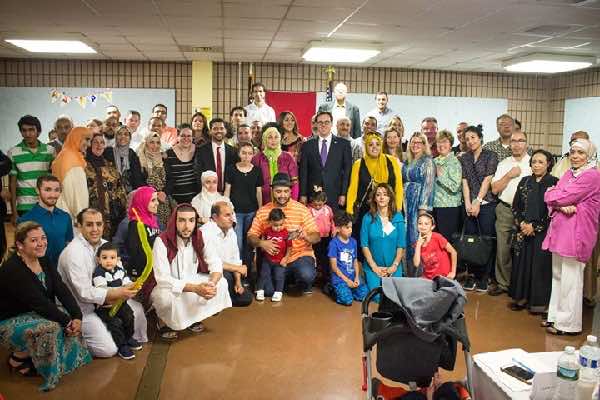 A group picture of the Moroccan American community of Revere with Mayor Arrigo and other city officials.