Geneva - Chinese group Haite will set up in the Tangiers-Tetouan-Al Hoceima region an industrial and residential park in the coming years, Ecofin Agency said on Monday. 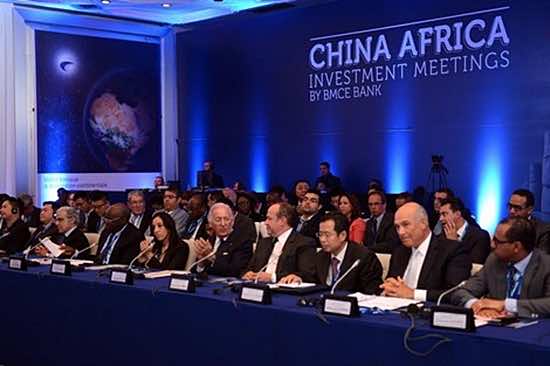 Geneva – Chinese group Haite will set up in the Tangiers-Tetouan-Al Hoceima region an industrial and residential park in the coming years, Ecofin Agency said on Monday.

The project, which will initially cover 1,000 ha and later extend to 2,000, will host 300,000 people, the agency added, noting that China plans, under this project, to develop commercial and industrial activities in sectors such as textile, automobile or aeronautics.

“Due to its new economic model which aims to sustain internal demand by increasing wages and making China less attractive, economically, the country has to boost competitiveness in other countries, emerging ones especially,” said Morocco’s minister of industry, trade, investment and digital economy, Moulay Hafid Elalamy.

The park’s project will cost $10 billion. Through it, many Chinese companies should be able to establish in Morocco to produce and sell their products worldwide and in Africa especially.

Last month, in May, Morocco and China signed 15 PPPs (public-private partnerships) in the framework of a strategic partnership to provide China with a development base targeting Africa, the source said.

At the same time, the Haite group has agreed with Morocco-China International and BMCE Bank of Africa, to create $1 billion China-Morocco investment fund, while the Central Bank of China also signed a $1.54 billion with its Moroccan counterpart, the source added.