Rabat – The price of fish has soared across Morocco during Ramadan, leaving some experts questioning whether this increase is a product of natural supply and demand or exploitative practices by merchants.

The fish market is, of course, affected by organic fluctuations during Ramadan. According to the Moroccan High Commission for Planning (HCP), families spend approximately 47% more on fish in Ramadan, indicating that demand for fish rises during the holy month. In addition, fishermen may take more days off during this period, thereby decreasing the supply. However, the HCP only estimated that prices for fresh fish should only increase by six percent.

Currently, sardines cost 25 dirhams per kilo, as opposed to their pre-Ramadan price of 13 dirhams per kilo. Instead of a six percent increase, customers buying sardines are faced with a 92 percent price hike. The price for a kilo of merlin rose from 30 dirham to 70 dirham, a 133% increase. Sharon, another type of fish, usually costs 220 dirhams and currently costs 350 dirhams, a 63% increase.  However, during Ramadan last year, the price only increased by 14%.

Mohamed Khairy, a member of the Chamber of Mediterranean Fishing, explained to Medias24 that the merchants who act as intermediaries between the fisherman and the customer are the cause of the sharp spike in prices this year. He holds that natural supply and demand changes in Ramadan plays a small role in the transaction between the fishermen and merchants, but that merchants this year have capitalized on the high demand for fish during Ramadan to hike prices and profit.

Khairy believes that inflated prices by middlemen is one of the factors leading to the low number of fish Moroccans eat. He noted that Moroccans consume only 13 kilograms of fish per year, compared to the 24 kilograms eaten by Tunisians and 32 consumed by Senegalese.

As prices rise, Moroccan customers have begun to complain about the skyrocketing cost of fish this month. 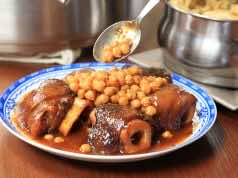 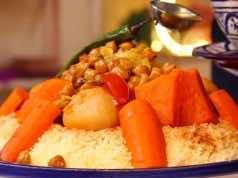 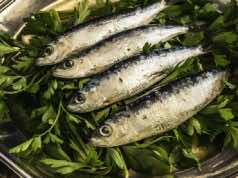