Geneva - The number of people displaced from their homes due to conflict and persecution last year exceeded 60 million for the first time in United Nations history, a tally greater than the population of the United Kingdom, or of Canada, Australia and New Zealand combined, says a new report released on World Refugee Day today. 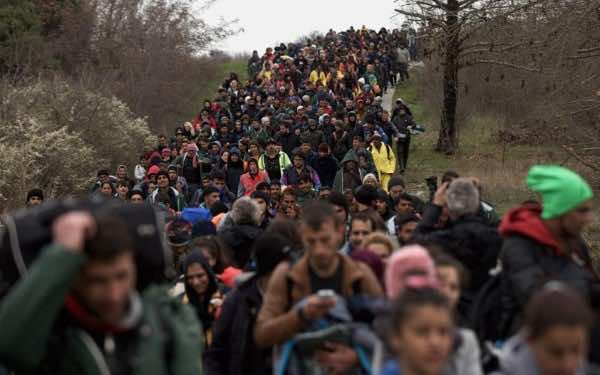 Geneva – The number of people displaced from their homes due to conflict and persecution last year exceeded 60 million for the first time in United Nations history, a tally greater than the population of the United Kingdom, or of Canada, Australia and New Zealand combined, says a new report released on World Refugee Day today.

The Global Trends 2015 compiled by the Office of the UN High Commissioner for Refugees (UNHCR) notes that 65.3 million people were displaced at the end of 2015, an increase of more than 5 million from 59.5 million a year earlier.

Measured against the world’s population of 7.4 billion people, one in every 113 people globally is now either a refugee, an asylum-seeker or internally displaced – putting them at a level of risk for which UNHCR knows no precedent.

On average, 24 people were forced to flee each minute in 2015, four times more than a decade earlier, when six people fled every 60 seconds.

Syria, Afghanistan and Somalia produce half the world’s refugees, at 4.9 million, 2.7 million and 1.1 million, respectively.

Colombia had the largest numbers of internally displaced people (IDPs), at 6.9 million, followed by Syria’s 6.6 million and Iraq’s 4.4 million.

While the spotlight last year was on Europe’s challenge to manage more than one million refugees and migrants who arrived via the Mediterranean, the report shows that the vast majority of the world’s refugees were in developing countries in the global south.

In all, 86 per cent of the refugees under UNHCR’s mandate in 2015 were in low- and middle-income countries close to situations of conflict. Worldwide, Turkey was the largest host country, with 2.5 million refugees. In terms of the refugee-to-population ratio, Lebanon has the highest proportion, with nearly one refugee for every five citizens.

Distressingly, children made up an astonishing 51 per cent of the world’s refugees in 2015, with many separated from their parents or travelling alone, UNHCR said. “Our responses to refugees must be grounded in our shared values of responsibility sharing, non-discrimination, and human rights and in international refugee law, including the principle of non-refoulement,” UN Secretary-General said in his message on the Day.

“World Refugee Day is a moment for taking stock of the devastating impact of war and persecution on the lives of those forced to flee, and honouring their courage and resilience,” he said, noting that it is also a moment for paying tribute to the communities and States that receive and host them, often in remote border regions affected by poverty, instability and underdevelopment, and beyond the gaze of international attention.