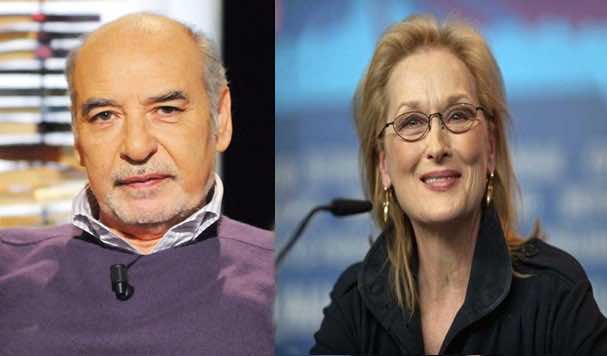 Rabat – Moroccan writer Tahar Ben Jelloun published an open letter  to American actress Meryl Streep on Monday calling for her to recognize the plight of female child laborers in Morocco.

Ben Jelloun has received international accolades for his work, which often touches upon gender relations in Islam. He published his letter a week before Ms. Streep’s arrival in Morocco, where she will join First Lady Michelle Obama and Indian actress Freida Pinto to discuss how to increase the number of girls in school in the developing world. Ben Jelloun’s letter expressed his admiration for her hard work promoting girls’ rights and implored her to learn about the troubling number of young Moroccan girls in the domestic labor market.

According to Hesspress , between 30 thousand and 60 thousand underage Moroccan girls work as domestic laborers. These children, often rural girls working in towns or cities, give their salaries to their parents and rarely receive days off, formal contracts, or other basic employment rights.

Ben Jelloun implored Ms. Streep to intervene on the behalf of these “little maids,” urging:

“Listen to women who are [working] in the field, those who fight every day so that the innocence of young girls is not taken by brutes, so that the hope that these girls carry can succeed in overcoming taboos, burdens, the social hypocrisies, misplaced modesty and shame that veils the reality.”

On June 1, the Moroccan government passed a law criminalizing labor for all children under the age of 16. Due to outrage from many elements of civil society that preferred a higher minimum age, the government is now considering criminalizing all labor until the age of 18. Ms. Streep and her companions’ public support for this cause could help rally the Moroccan populace against the practice of “little maids” and push the government to adjust the current laws.