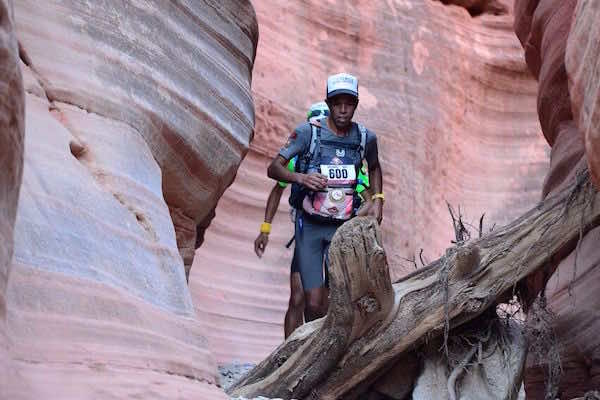 Rabat – Mohamad Ahansal from JbelBani, Morocco, has been invited by the United States to run “Badwater,” one of the world’s toughest foot races in America.

The nonstop race comprises 135 miles (217k) of mountainous terrain and it starts in one of the hottest climates in the world, in Badwater, Death Valley, California. The starting point is at 280 feet (85m) below sea level and finishes in Mount Whitney at 8,300 feet (2,530m).

Ahansal will run a total of three mountain ranges, spanning 14,600 feet (4,450m) vertically, and 6,100 feet (1,859m) in ascension. On July 18, 2016, he will compete against some of the strongest male and female marathoners in the world, running for an organization called “Hope So Bright,” which raises awareness of autism, affecting one in 10 American children.

“I will be doing my very last bit of  training for Badwater here in Morocco with a fast run up our highest mountain. It will be a special run from Marrakech to Toubkal summit 4167m; 78 km with 4000 m+ climbing … We will be leaving on 9 July at 00:00 from Bab Rob in Marrakech if anyone would like to join,” Ahansal told Morocco World News.

Ahansal is a five-time champion of Marathon Des Sables, one of the hardest races on Earth and equivalent to six full marathons.

He and his brother, Lahcen, who is also an award-winning runner, had not started training until their late teens, but they would unknowingly become conditioned early, growing up in a high altitude with scorching temperatures, and mountainous terrain.  Each day, they ran 7 kilometers to and from school, or 4.3 miles in distance.

When Mohamad Ahansal was 17, he ran his first competition against other young men at the Eid Al-Ashor festival. He did not have running shoes, so he wore heavy football sneakers with improper soles. At the starting line, he realized his friends and competitors had proper running sneakers, so he decided to discard his own and run the race barefoot. He finished the race in second place, realizing for the first time, he had a tremendous ability.

Although Ahansal is well known for his capability of handling such tough foot races, he acknowledges the difficulty of Badwater.

“In a way, it was a crazy decision to sign up. It is almost the same distance, [as Marathon Des Sables] but Marathon Des Sables takes six days and Badwater is non-stop. I have never run this far in one go. Yes, the temperature will be the same, but the quality of the sun will be different. The altitude, the humidity, and the difference between the desert plain and the mountains are all factors. At the start, it is going to be very dry with lots of heat coming up from the ground, and then by the end, you are at high altitude. This is the difficulty,” he said.

Ahansal is internationally known for winning noteworthy, difficult races, including Marathon Des Sables, Fire and Ice, and The Iranian Silk Road. He has also created his own multi-stage race, called the Trans Atlas Marathon.

Last year, an American, Pete Kolstenick, won Badwater.  This year, Ahansal has a chance at bringing the victory home to Africa. 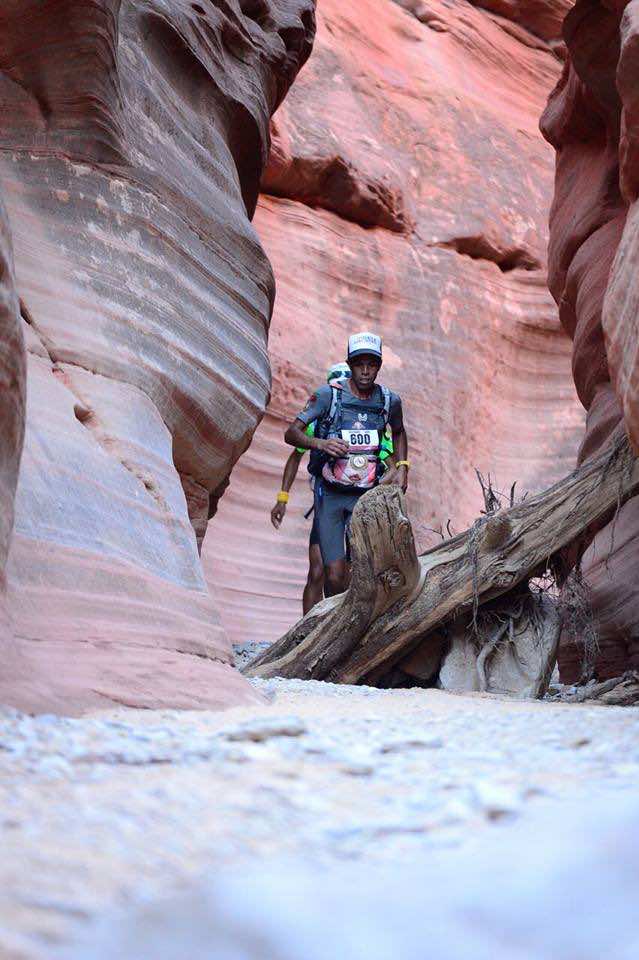