Rabat – The true Moroccan experience goes beyond the major metropolitan hubs, and well off the beaten path. To further my understanding of the country’s diverse identity, I spent two weeks living with Berbers in the rural Middle Atlas mountain village of Tarmilat, by Oulmes.

This small farming village functions much like it did 1000 years ago, when the Berbers (also called Amazigh) tended to their crops and livestock before the Arab arrival. Houses dot the fertile mountain landscape beside the great gorge that slices through the fields. Stone, cement, and mud-brick make up the walls of these homes, with thin roof panels weighed down by stones. Herds of sheep, goats, and cows wander and graze, guarded by dogs and shepherds.

As a traveler, the rolling hills, blooming flowers, and sheer cliff faces shattered the last vestiges of preconceived notions painting Morocco as a desert country. But the most striking difference from urban life was the people themselves. Just as punctual American life contrasts with more relaxed Moroccan habits, rural Berber notions of time are another entity entirely. Each day was an early morning for my host family, rising with the dawn rooster’s cry. Universal truths of a farmer’s life necessitated careful attention to the animals’ needs, and a commitment to caretaking the dependent livestock. Their love for the animals was not all tender though; my host grandmother ruled the animals with an iron fist. When she’d hobble outside with her cane, the squawking chickens would fall silent in fear! Long days in the field were interrupted for classic Moroccan meals, from tagine to couscous, and the occasional fries. Fresh-baked bread was dipped in newly-made olive oil, and accompanied by the famous Berber Whiskey, which is actually just particularly sugary tea. 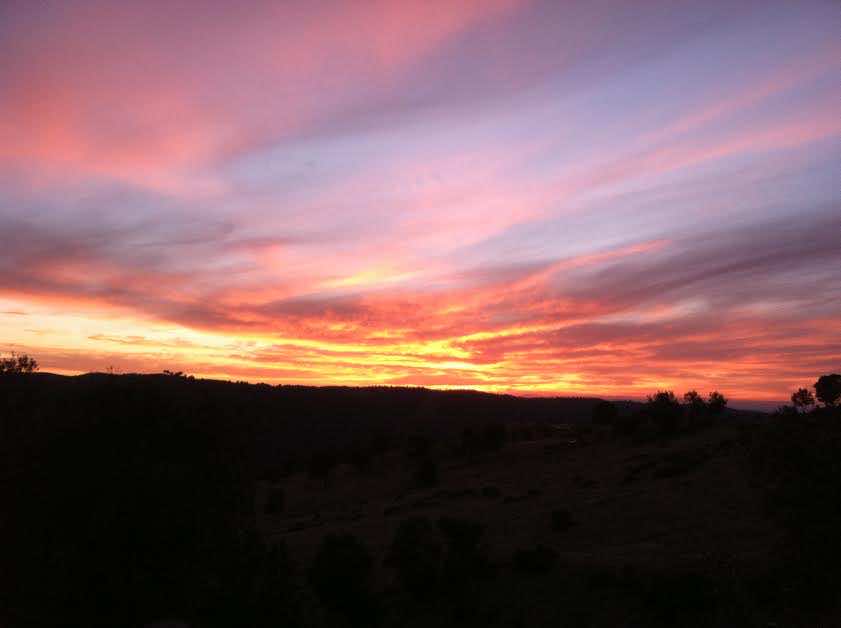 While each day is a full commitment to watching the animals, concepts of punctuality are even more fluid than in Moroccan cities. Scheduling appointments could be a multi-day process, while leisurely hikes and brilliant sunsets comprised the majority of my days. Hospitality is a staple of rural culture, and every meal included an insistent chorus of eat, eat, from French to Arabic to Tamazight.

Wandering the mountains and getting lost along the gorge drove home the sense of community. As I hiked across what was undoubtedly private property, I was not chased out by a shotgun-wielding farmer, as I could expect back in America. Instead, a goatherd showed me the paths that lead back up the mountain and offered me tea in his small tent beside his bleating herd. Tarmilat offered a timeless gaze into the past, and an opportunity to live centuries-old customs.

However, this is only one side to rural Berber life. While their core traditions and lifestyle remains the same, modernity enters their lands and homes. Almost every house has electricity for lights, stoves, and a television. Soap operas are as important there as in so many other Moroccan households.

The center of town had three large buildings: a school, a hotel, and a Sidi Ali bottled water plant. The first shows Tarmilat’s desire to modernize education and empower the youth with the same opportunities as their urban counterparts. The second shows the influence of tourism and Western accommodations. The third bolsters the local economy and brings jobs and financial relevance to the town beyond its historical agriculture. With the river flowing through the gorge below, a natural source is nearby and key to the town’s economic future.

Yet these encouraging signs of modernization nonetheless show just how far Tarmilat has yet to progress. Morocco’s education disparity is extremely divisive along urban/rural lines, as rural students have less access to teachers, adequate facilities, infrastructure, or money. Language skills, among other subjects, often face deficiencies due to sheer distance from metropolises that have a greater breadth of speakers.

The most striking grievance of Tarmilat is the lack of government investment. This is abundantly apparent in the infrastructure, and the glaring deficiencies in basic needs. Neglect, carelessness, and poverty have led to embarrassments like this: 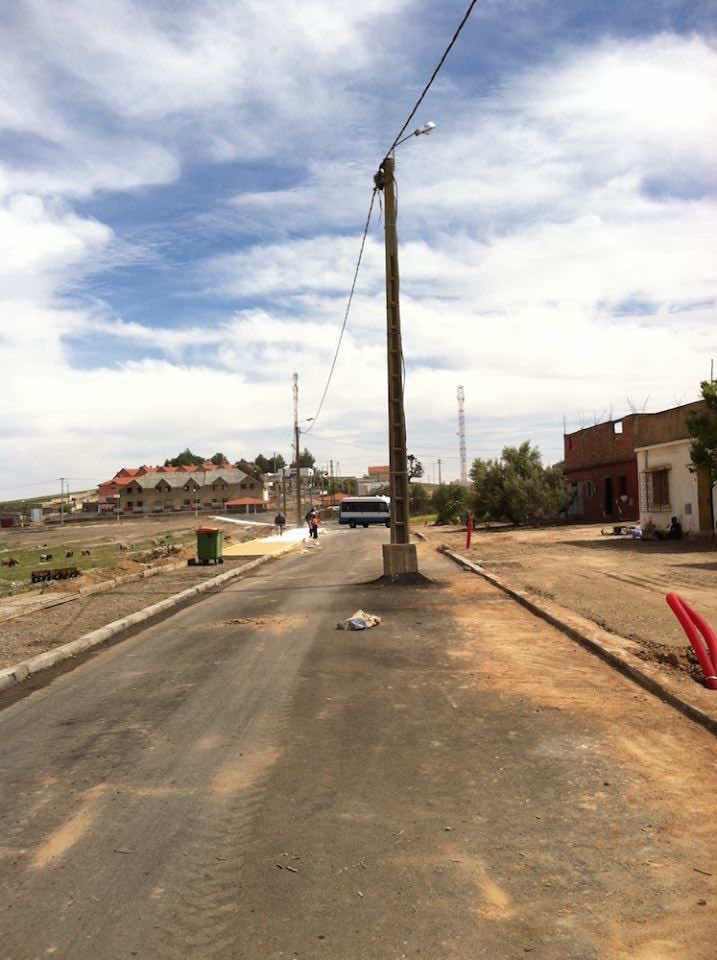 The logic of the construction escapes me. This is an open field, not a cramped city with tight zoning restrictions. The post could have been built anywhere that wasn’t the road. Such an illogical structure remains in the street and has not been rectified to date. Cars swerve to avoid it.

Amusements like this may seem trivial to a visitor, like a curiosity of an underdeveloped farm from ages past. But infrastructure failures like inadequate roads can have dire consequences. On Wednesday, May 20th, this year, a car skirted off the road and crashed into a ditch below. Six women were killed. The inadequate roads were not the only infrastructure deficiency to blame. The crash site, near Oulmes, had no readily available means to transport the victims to a hospital. Several of these women lay in the wreckage of their car in critical condition, but very much alive. A timely ambulance could have saved them. Instead, they died of their injuries. Locals now call this day Black Wednesday.

Black Wednesday shatters the illusion that living exactly as generations past have lived is without consequences, or even aligns with the desires of local residents. Without development in rural places, tragedies such as this will continue. A simple lifestyle is valuable, but it can and should be balanced with modern facilities to meet basic needs.

The money that is sent to Tarmilat rarely funds constructive projects. One local lamented how the wealth of nearby Oulmes is tightly consolidated and does not reach the surrounding people. She described the problems of Tarmilat as “Marginalization, exclusion, and unemployment.”

My time in Tarmilat offered me insight into rural Berber life in Morocco, from my host family’s tender but firm care for the animals to a goatherd’s hospitality. A closer look at the developmental issues facing the town allowed me to appreciate its dual identity. It has become clear to me that traditional customs and modern infrastructure can coexist, as cultural norms and hospitality transcend technology. Government investment in development can prevent Black Wednesday from happening again, and balance the generosity of the timeless Berber identity with a modern Morocco which values equally all of its citizens.