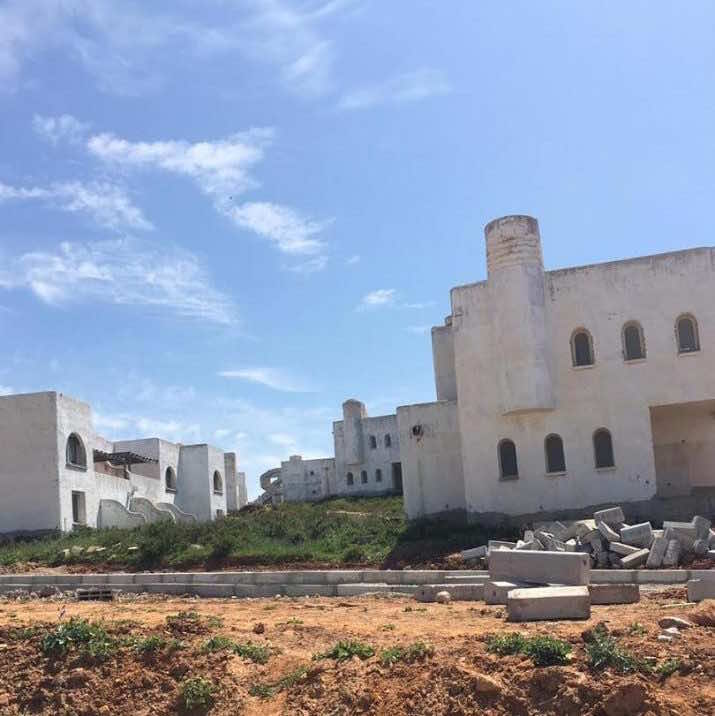 Rabat – “Shame on you Morocco, save our investments,” says one sign outside the Moroccan embassy in London. The protesters are investors in a Moroccan resort, and almost ten years later have not seen any returns. They believe that they may have been victims of a property fraud scheme in a project that they were told was “backed by the Moroccan government.”

The property development project was advertised in Britain in 2007 with claims that it had been “selected by the government of the Kingdom of Morocco.” No progress was made for almost ten years, which the developer, Larbi Tadlaoui, blamed on a local water company. In February, he was arrested on charges of fraud. The investors, who are predominantly British, Irish and French, may have lost up to £16 million, or nearly MAD 230 million.

The property, Paradise Golf and Beach Resort, was supposed to include a 4-star hotel, swimming pools, an 18-hole golf course with views of the Atlantic, and beautifully landscaped gardens, according to the property listing. It is located 15 minutes away from Tangier and the airport (Which Airport). When Claire Panay, a French investor, investigated the property, she took pictures of the unfinished construction.

The property listing, on a website titled Morocco Property, heavily implies that the Moroccan government was directly involved in the selection of the property. “A GOVERNMENT BACKED PROJECT… The Company has been selected by the Government of the Kingdom of Morocco to develop the site for the Paradise Golf and Beach Resort.” But It turns our that the investors used this tactic to lure investors and earn their trust.

A representative of the developer claims that Tadlaoui that he is not a fraudster. “The Paradise Golf and Beach Resort is a Moroccan Government backed Project. It is approved by the Government. This Project is in line with the recommendations made by His Majesty King Mohammed VI in his speech to promote tourism and attract foreign investors. This is what we did and British families believe in the Project and have invested through us.”

The representative claims that Tadlaoui wants to finish the project, and will not abandon it. He is asking the Moroccan government to release him from prison in order to complete the almost 10-year-old project.