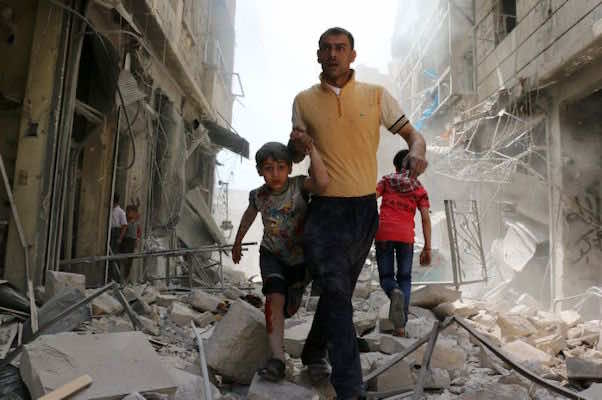 Rabat – 51 United States diplomats released a memo to the New York Times on Friday, criticizing U.S. policies and methods in the Syrian conflict and encouraging officials to increase military force and target Assad, rather than ISIS – referred to in the letter as “Da’esh” – alone.

According to the letter, the signers have been involved in the government’s response for the past five years, though their identities were not published.

The United States has supported the “moderate” rebels, and in 2014 began airstrikes against ISIS. Despite a ceasefire agreement, the conflict continues and is no closer to being resolved, by military or diplomatic means. The writers of the memo argue that the human rights violations committed by Assad’s regime are grounds to increase the U.S. military presence in Syria, and that an increased military presence could compel Assad to negotiate.

In the five year conflict, 400,000 people have died and 12 million have been displaced. Many more remain at risk from regime sieges. The total population of Syria in 2011 at the beginning of the conflict was 22 million.

The regime’s tactics, including using barrel bombs and conducting air strikes in cities, target cities and often kill more civilians than militants, according to the State Department officials. The document argues that Assad’s regime is responsible for more deaths in this conflict than ISIS is. And, if the attacks on civilians were stopped, it would reduce the number of refugees leaving the region, which has caused issues in neighboring countries and the European Union.

“Despite the Secretary’s efforts to deescalate the violence and forge ahead with the political track, we believe that achieving our objectives will continue to elude us if we do not include use of military force as an option to enforce the Cessation of Hostilities (CoH) and compel the Syrian regime to abide by its terms as well as to negotiate a political solution in good faith,” the dissenters wrote. Attacking Assad’s regime would increase the cost of the war, and the writers argue that it would improve the chances of a ceasefire. As it currently stands an enduring ceasefire and negotiations are not likely, according to the letter.

“None of us sees, or has seen, merit in large-scale U.S. invasion of Syria or the sudden collapse of existing Syrian institutions,” continues the letter, “but we do see merit in a more military assertive U.S. role in Syria, based on the judicious use of stand-off and air weapons, which would undergird and drive a more focused and hardnosed U.S.-led diplomatic process, leveraging the International Syrian Support Group (ISSG), to: end the daily mass killing of civillians and egregious violations of human rights, cajole the warring parties to make necessary compromises at the negotiating table, bolster moderate rebel groups’ role in defeating Da’esh, and help bring an end to the broader instability the conflict generates.”

The signers concede that increased military action may not be the solution and the regime may be able to resist the attacks, and the tense relationship between Russia and the U.S. may become worse. They insist, however, that “the status quo in Syria will continue to present increasingly dire, if not disastrous, humanitarian, diplomatic, and terrorism-related challenges.”