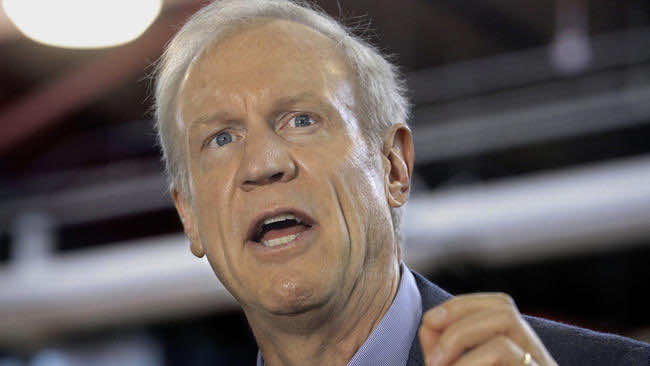 Rabat – A new bill could make Illinois the first state in the United States to give a formal voice to Muslim-Americans.

The Chicago Tribune reports that a bill approved by the Legislature would a create a 21-member Illinois Muslim-American Advisory council, which would serve to advise the governor and General Assembly on issues affecting Muslim-Americans and immigrants, including relations between Illinois and Muslim-majority countries.

Members would serve as liaisons between state agencies and communities across Illinois and would hold monthly meetings and two public hearings per year, as reported by the Chicago Tribune.

The governor’s office said Gov. Bruce Rauner is reviewing the bill, which is one of more than 400 bills awaiting the governor’s signature.

The bill was presented shortly before Donald Trump, the presumptive Republican presidential nominee, reintroduced his call to ban Muslims entering the U.S. after the Orlando massacre, where a shooter of Islamic faith killed 49 people in a LGBT nightclub.

Back in December, Rauner condemned his party’s then front-runner’s anti-Muslim statements, calling them “an extreme action” and “fundamentally counter to American values,” as reported by Northern Public Radio.

However, he defended his policy to block Syrian refugees from moving to Illinois and called for “a cooperative communication to battle terrorism between the federal government and the states,” according to National Public Radio.

Chicago lawyer Kareem Irfan, however, told the Chicago Tribune he was behind an earlier less formal version of the minority council that existed under Gov. Pat Quinn.

According to Irfan, the Muslim council dissolved when Rauner took office last year, along with a number of other minority advisory councils.

This year’s proposal would not only restore it, but it would establish the council more formally since it was presented as a proposed statute.

“So we’re not subject to the whims of each governor, it would be good to make this a lasting institutional body,” Irfan told the Chicago Tribune. “Given all that is going on with the misinterpretation about Islam and the interests and concerns of the Muslim-American community, it’s almost obligatory on behalf of a governor of this state and all governors to have such a body.”

Sen. Jacqueline Collins, D-Chicago, co-sponsored the bill hoping that, in the form of a lawn, the council will ensure the governor consider minority, according to the Chicago Tribune.

“We need to encourage our Muslim American to be civically engaged and participate,” Collins told the Chicago Tribune. “If you don’t participate, the fringe elements establish the policy.”

However, Hoda Hawa, director of Policy and Advocacy for the Muslim Public Affairs Council in Washington D.C., cautioned against the risk of corroding trust.

She noted there have been too many instances when law enforcement has enlisted the Muslim community for the purpose of surveillance, not civic engagement; therefore this proposal must remain authentic in its stated purpose.

“If this council is just for security purposes, they should be clear about that,” Hawa told the Chicago Tribune. “ It would be quite concerning to set up an advisory council that’s out there gathering intelligence.”