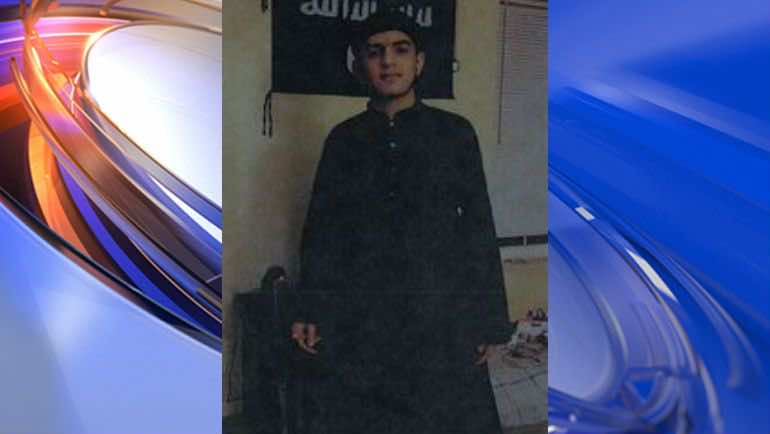 Rabat – An 18-year-old high-school student from Brownsburg, Indiana was arrested Tuesday on terrorism charges, after pledging allegiance to ISIS and purchasing tickets to an ISIL-controlled destination, according to The United States Department of Justice.  He was scheduled to stop over in Morocco.

If Akram Musleh is found guilty, he faces a maximum of 20 years in prison, a 250,000-dollar fine, and a lifetime of supervision after release.

His arrest comes after the deadliest shooting in American history that left 50 dead and 53 wounded at Pulse Nightclub in Orlando, Florida.  An uptick in the Islamic State’s attempt to recruit and radicalize youth in joining their cause has put the world on edge and sparked in-depth FBI and law enforcement investigation to combat terrorism.

“Terrorism is the FBI’s number one priority and we work closely with our law enforcement partners to ensure the safety of our community,” said FBI Special Agent in Charge W. Jay Abbott, of the FBI’s Indiana division.  “This case demonstrates the value of law enforcement collaboration and community engagement,” he said during an interview with Fox News.

Evidence confirms Musleh adamantly attempted to plan transportation to ISIS-controlled territory on multiple occasions.  He had multiple conversations with unidentified ISIL members and during one chat, an anonymous ISIL fighter advised he plan a terrorist attack in Florida against United States military members.

According to the Indiana Star, the conversation went as follows:

User #1: Kill a few kufr [non-Muslims or non-believers] or go to a drone place and blow the boots [u]p[.]

Musleh: Where is a drone place[?] Do you know where?

His documented involvement with the terror group began in 2013, when he started posting videos on social media about terrorist leaders, according to The Indiana Star.  FBI agents interviewed Musleh, investigating his motive for the posts.  He said he posted the videos because it helped him better understand Islam’s history.

Last year, Musleh made five reservations to travel to Iraq and Turkey, according to court documents.  Two trips fell through, after his card declined, and on one occasion, United States Customs and Border Protection stopped him for questioning.

They conducted a search of his baggage and found a journal with quotes from known terrorists, including: Abu Musab Zarqawi, Abdullah Azzam, Anwar al-Awlaki and Osama bin Laden.

When questioned about his travel plans, he claimed he was en route to visit family before getting married in Turkey.  FBI officials later announced, he had no family in Turkey, and his alleged fiancé lived in Sweden instead, and she was believed to be an ISIS sympathizer.

In April of this year, Musleh bought a Greyhound bus ticket from Indianapolis to New York.  He had also purchased a one-way ticket from New York to Morocco.

Just a month later, law enforcement officials said he had searched for a Department of Homeland Security list of more than 8,000 potential terror targets in Indiana.  He had also recently researched for items needed to create explosives.

In May of last year, the FBI searched Musleh’s phone and found magazines produced by ISIS, photographs of ISIS propaganda, and files about martyrdom.  Photos of Musleh holding up ISIS-associated hand gestures were also recovered.

On June 1 of this year, Musleh conversed with another unidentified Islamic State fighter about potentially traveling to Sudan or Libya to join ISIS.  The user advised the conversation should end, as it was a risky way of communicating, especially since Musleh lived in the United States.

Just as Musleh presented his ticket to board a bus from Indiana to New York, he was arrested and taken into custody.

Despite the many law enforcement investigations and suspicion of Musleh’s attempts to contact and plan trips to aid the Islamic State, no formal criminal charges were ever made against him until yesterday.