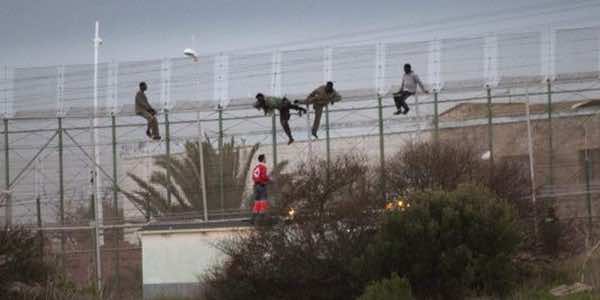 Rabat – Morocco looks back over a decade of policies restricting illegal immigration. During a parliamentary session on Tuesday, Minister of Moroccan Expatriates and Migration Affairs Anis Birou cited security forces as stopping as many as 30,000 attempts to illegally cross Moroccan borders since 2002. 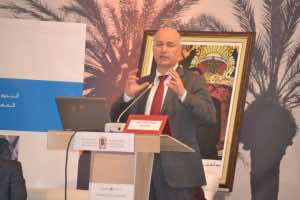 He reportedly stated that “Our policy is to make a great effort to prevent illegal immigration.”

Birou clarified that a full third of these failed attempts were made by Moroccan citizens. He noted that there has been a 90% decline in illegal immigrants arriving in Spain from Morocco since 2002. Spain is the primary destination of illegal immigrants traveling from Morocco due to the Iberian Peninsula’s close proximity to the Kingdom.

Even closer than the far side of the Straits of Gibraltar are Spanish enclaves Ceuta and Melilla, small cities on the Mediterranean coast in northern Morocco. These locations have been the sites of many attempts to cross the border, including using forged documents, smuggling, or breaching the border fence.

A successful crossing would allow migrants respect under European law and the ability to apply for asylum. Coordinated Spanish and Moroccan security efforts have limited unlawful border crossings, although many humanitarian groups including Human Rights Watch have expressed concerns with the treatment of the migrants, some of whom have died during the crossing attempts.

Minister Birou also cited over 3000 illegal immigration-related criminal networks disabled since 2002, presenting Morocco’s strict immigration policy as a national success. An overall decrease in undocumented immigration to Europe since 2002 is particularly noteworthy since the Syrian Refugee Crisis has escalated in recent years. Combined with sub-Saharan migrants attempting to reach Europe, and Moroccans themselves, reducing illegal immigration requires vast government resources and attentiveness to the border.

Recent spikes in unlawful border crossings still do not match pre-2002 levels under a looser border. Morocco’s strict stance on illegal immigration drives many refugees and migrants to seek passage through Europe by other means, including through Tunisia and Libya. The Kingdom remains committed to its policy of accepting only legal immigration, and using force to prevent unlawful border crossings.