Rabat - Doctors Without Borders (MSF) teams in Maradi, Niger are trialling a first-of-its-kind, thermo-stable vaccination for Rotavirus, a highly infectious disease that causes severe diarrhea and dehydration, killing an estimated 450 000 children around the world each year. 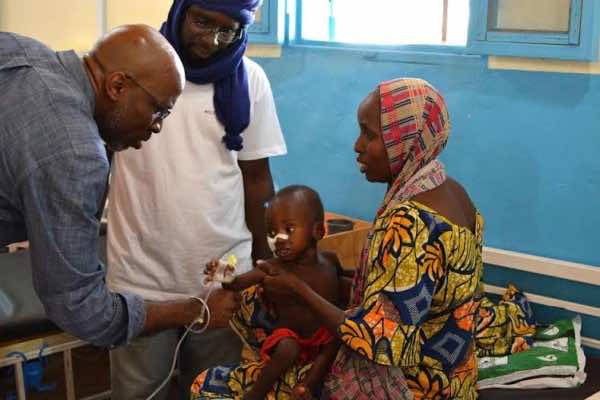 Rabat – Doctors Without Borders (MSF) teams in Maradi, Niger are trialling a first-of-its-kind, thermo-stable vaccination for Rotavirus, a highly infectious disease that causes severe diarrhea and dehydration, killing an estimated 450 000 children around the world each year.

“Vaccines for Rotavirus do exist and the disease is completely preventable,” says Dr Stephen Nurse-Findlay, one of the hosts of Al Jazeera’s award-winning medical show, The Cure. “But these vaccines must be kept below eight degrees celsius, which makes it difficult to reach children in remote communities where resources are limited, and where the temperature can often soar.”

Known as ‘BRV-PV’, the vaccine on trial in Niger is stable at 37°C for one year and at 40°C for six months.

The cost of the new vaccine is also a lot cheaper than the existing vaccines. This means that more children can be treated, which, in turn, helps prevent the spread of the disease.

Nearly 8 000 children from across Maradi are participating in the trial. This is the first time a phase three vaccine trial of this kind has been approved in an African country.

In Niger’s Rotavirus, the second episode of the upcoming fifth season of The Cure, Nurse-Findlay travels to Maradi to find out more about this pioneering trial.

He discovers that traditionally the vaccine has been distributed in Niger using cooler boxes and thermometers, which has limited its efficiency to a 70km radius.

He speaks to Dr Amadou Matar, a medical investigator at Niger’s Epicentre research centre, who adds, “Electricity is not always reliable and the cold chain is really an obstacle.”

“Although the trial for this new vaccine is ongoing, it seems to be proving effective,” says Nurse-Findlay, having witnessed its effects first-hand. “It’s hoped that the vaccine will be rolled out across other sub-Saharan countries by the end of this year. With Niger at the forefront of these developments, the impact of the work being done here could be enormous for children around the world.”