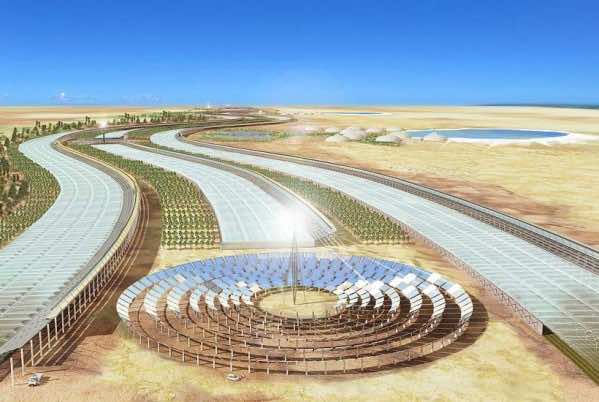 As a representative for energy giant Power Construction Corporation of China (PowerChina), the company hired by Morocco to construct its massive solar complex by Ouarzazate, his confidence is an encouraging sign for the Kingdom. On Wednesday, an executive of PowerChina also reaffirmed plans to complete the Noor power plant by 2018, according to China Daily.

As one of China’s largest renewable energy companies, it was a natural choice for the Moroccan government to employ PowerChina for the building of what will be the largest solar power plant in the world, by energy output. The company signed a contract with the Kingdom in 2015 for Phase II and III projects concerning engineering, procurement, and construction projects.

Wu praised Morocco’s choice of concentrated solar power over photovoltaic panels, which are more expensive but allow for higher amounts of energy storage. This method relies on water, which is heated by sunlight reflected through mirrors, transformed to steam, and then moves generators which produce electricity.

The scale is unprecedented. China Daily reports that Wu said: “as Morocco gets more than 3000 hours of sunlight a year, the plant will initially provide 1.1 million people with solar electricity.” When completed, the plant will have a total capacity of 510 megawatts.

Given the scope, the project is naturally expensive. The Moroccan Agency for Solar Energy and Saudi Power are providing the $2 billion expenses, expecting an output of 20% of Morocco’s annual electricity generation in 2018. This solar panel complex is central to the Kingdom’s plans to modernize and pioneer energy development. Government estimates are at 2 gigawatts of solar power capacity by 2020.

Energy policy professor He Jington of Nankai University in Tianjin endorsed the ambitious project as well, lauding solar as a sustainable method of reducing oil- and coal-driven pollution. Ouarzazate’s arid geography makes it very well-suited to this form of energy. He also praised PowerChina’s decision to expand beyond its staple industries of hydro and thermal power to include solar, saying: “It is also helpful to transfer the pillar business of PowerChina from building hydro and thermal power stations to more clean energy related projects to further diversify its overseas business, as well as expanding its market reach.”

The confidence of both Chinese energy corporations and academics is promising for the Kingdom’s Ouarzazate project. It aims to transform the popular film location city into a new standard for renewable energy around the world, bolstering Morocco’s energy industry, international image, and domestic development.