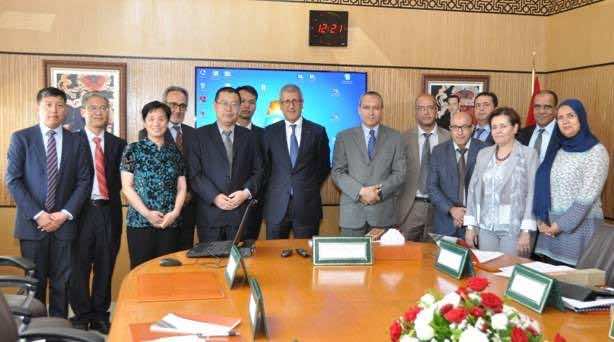 Rabat –  A delegation from the a Chinese Society of Railways met Rabie Khlie, the General Director of the National Railways Office (ONCF), in Rabat on Monday June 20 to discuss the possibility to construct a high-speed rail between Marrakesh and Agadir.

According to ONCF, the meeting is a part of a plan to initiate actions on an agreement between the two companies signed on May 11. The two sides discussed potential ways to increase cooperation and reviewed the technical studies of the future high-speed line linking Marrakesh to the coastal city.

The Chinese company aims to get the multi-billion contract for Marrakech-Agadir line. The line will be the second of its kind in Morocco after the French company Alstom constructs a high speed line between Casablanca-Tangier expected to operate in 2018.

Earlier in June during the King’s visit to China, the two parties signed a series of agreements, including a memorandum of understanding on rail cooperation between the Chinese company and ONCF.

The memo was signed by Minister of Infrastructure, Transport, and Logistics Aziz Rabbah, the CEO of ONCF, and their Chinese counterparts.