Morocco World News
Home News Morocco Sanders Says He Will Vote for Clinton, Will Not Drop out of... 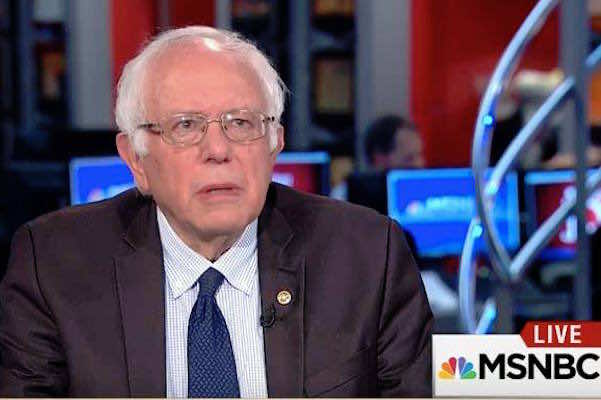 Rabat – Senator Bernie Sanders told MSNBC early Friday morning that he will vote for Hillary Clinton in the November general election. “I think the issue right here,” he stressed, “is I’m gonna do everything I can to defeat Donald Trump.”

However, Sanders reiterated that he will not withdraw from the Democratic race. The Senator has stated in the past that he would fight for superdelegates and the nomination until the convention, but his tone in the MSNBC interview shifted away from winning at the convention and more towards his ideological contributions.

“Why would I want to [drop out] when I want to fight to make sure that we have the best platform that we possibly can, that we win the most delegates that we can?” he told the network. He holds that his continued presence in the race is fostering the participation of the American people in the political process, not Democratic disunity.

Since the beginning, Sanders has promised to see his campaign through the Democratic Convention this July in Philadelphia. However, his voiced support for Clinton to MSNBC and statements to supporters have focused less on winning the race and more on including the voice of the American people at the convention. In his latest email to supporters, Sanders wrote: “We need to hear from you about what you think the most important issues are that should be included in the platform… We’re taking our campaign, our values, and our movement to the Democratic convention in Philadelphia. We’re excited to bring your thoughts on the party platform too. Thanks for being a part of it.”