Rabat - Hajar Ettarrass, a 17-year-old Moroccan student living in Kuwait, obtained the highest score on the baccalaureate exams by obtaining a 99.1% score, according to Moroccan news website Hespress. 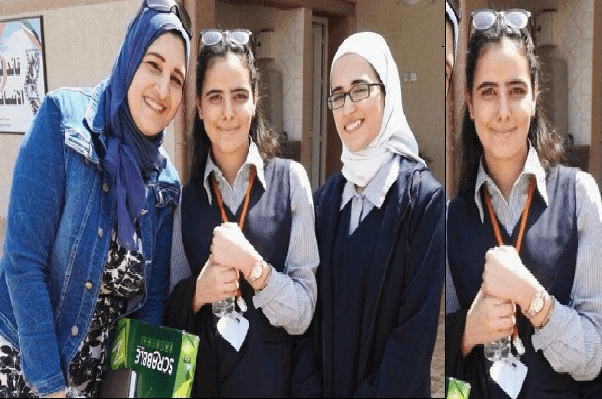 Rabat – Hajar Ettarrass, a 17-year-old Moroccan student living in Kuwait, obtained the highest score on the baccalaureate exams by obtaining a 99.1% score, according to Moroccan news website Hespress.

Amidst the incredible excellence of females in the baccalaureate’s scores of this year, Hajar has also managed to demonstrate her academic prowess in the field of science.

Sarah Ettarrass, Hajar’s sister, told Hespress that this achievement is attributed to the “great efforts” Hajar made throughout year in Kuwait, and thanks to the support of her parents who work in the educational sector.

“Hajar is a Moroccan who reflects an honored image of the Moroccan community residing in the Gulf, especially in Kuwait,” Sarah added.

Sarah went on to add that her sister, who is a proud Moroccan, was congratulated by the Moroccan Ambassador in  Kuwait, who paid tribute to her accomplishment.

Hajar aspires to study medicine, in an Arabic or foreign university, in order to achieve her lifelong dream to become a specialist in “human medicine and surgery.”

Sarah said that main obstacle that Moroccan students face in the Gulf, is the high cost of education.

Last year, other Moroccan students living abroad honored their country of origin. In Germany, Myriam Radek, 17, obtained a 20/20 grade on the baccalaureate exams. In Italy, Mohammed Mosdaq obtained a 100% score on the Esame di Stato (state exam). In 2014, Myriam Bourhail received the highest baccalaureate exams score in France by scoring 21.03 out of 20.