Rabat - The Brexit vote has left Europe in a state of confusion, as governments and citizens alike wonder what this means for the continent. While the majority of England and Wales voted Leave, London, Scotland, Northern Ireland, and Gibraltar all overwhelmingly voted Remain. Gibraltar in particular has an uncertain future. 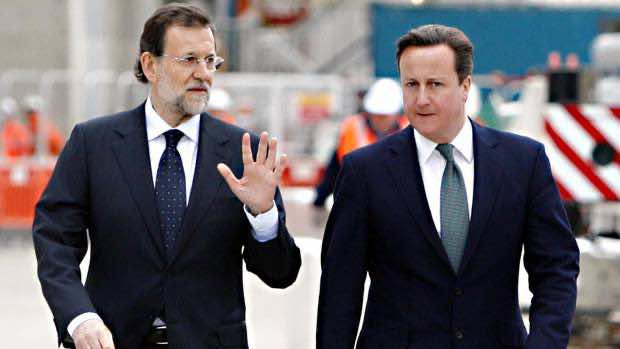 Rabat – The Brexit vote has left Europe in a state of confusion, as governments and citizens alike wonder what this means for the continent. While the majority of England and Wales voted Leave, London, Scotland, Northern Ireland, and Gibraltar all overwhelmingly voted Remain. Gibraltar in particular has an uncertain future.

The small British enclave sits just below Spain, strategically located at the crossing of the Mediterranean to the Atlantic, and Europe to Africa. The British have held it since the signing of 1713’s Treaty of Utrecht. During this time, Gibraltar has enjoyed some degree of self-governance, with notable exceptions in defense and foreign relations.

As an EU territory, Gibraltar was somewhat shielded from political pressure placed upon it by the Spanish, who have aspired to retake it since its loss 300 years ago. Borders must remain open and easily accessible by EU law. The local citizens recognize the benefits of EU membership, and 95.9% of voters have accordingly chosen to Remain. An impressive 83.7% voter turnout among their 30,000 citizens was nonetheless far too small to bear significant weight among the overall United Kingdom decision.

Spanish workers who commute daily to Gibraltar are likewise concerned about their future if border access becomes tighter. Minor diplomatic incidents in the past have affected border crossings and access to jobs, although those were small events compared to Brexit.

The enormity of this decision is not lost on Spain. Spanish Foreign Minister José Manuel Garcia-Margallo said this morning that “The Spanish flag on the Rock is much closer than before.”

Over the radio, he commented that this “complete change of outlook” now “opens up new possibilities on Gibraltar not seen for a very long time.” Garcia-Margallo advocated co-sovereignty, a somewhat vague power-sharing structure between the UK and Spain until the latter would eventually reclaim the enclave.

Certain Moroccan hopefuls look favorably upon Spain retaking a foreign city on its mainland, expecting this to set a precedent for repatriating such foreign territories. This could provide Morocco a legal justification for taking Ceuta and Melilla, two Spanish holdings on Morocco’s mainland. The three enclaves are linked by geography, political situation, and Spanish sovereignty claims. The Kingdom has invoked Ceuta and Melilla in the past when disputes arose over Gibraltar. However, Spain has shown no signs of relinquishing control of these territories.

Both the governments of the UK and Gibraltar have flatly rejected any talks with the Spanish about co-sovereignty. There is as of yet no evidence that Moroccan attempts to open similar talks with Spain will meet a different response. The sovereign status of Gibraltar, and Ceuta and Melilla, is unlikely to change due to Brexit alone.