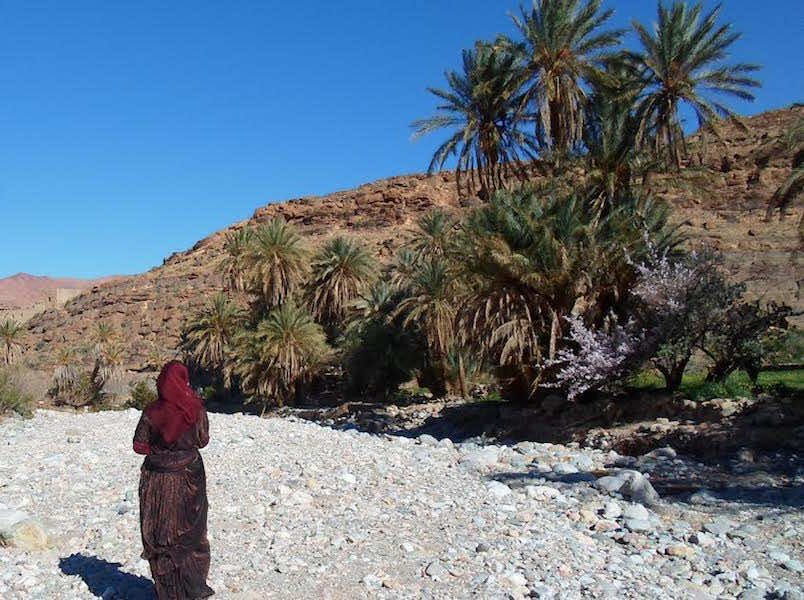 Agadir – I was a member in an association in Agadir city, where I met this colleague who kept repeating that she has already seen me somewhere but she can’t remember the exact place.

Till that day, she came to me and suddenly remarked,” I met you at the mountain.” She went through a state of shock and wonder when I explained to her that’s where my family actually lives, and what she saw me wearing is our daily type of clothes. I had another friend who was in the same training with me in a private school who was also shocked when she discovered that I was from this town in the mountains.  The girl asked me to provide her with pictures of me in that type of wear” Tamlhaft.”

I quite understand people’s amazement when it comes to some part of our life style; however, there is no further privilege than being native born to it. As a villager you will find out later on in your life that your little village is a small world that sometimes goes against the norms of the real world. You can sarcastically argue that you and your folks were crucial characters in Plato’s allegory of the Cave to show how isolated you are.

There is absolutely no sense of the days passing by or the time going on in that corner of the world. Since you have grown in that closed geographic space, there must be a time when you thought the limitation of the world around you is to be defined by the limitation of your region. Later on you will discover that the world is much bigger than your little village, and you might come to believe that people outside of your community are smarter than those who are inside it. In addition to that, you unconsciously carry out all those precious things that come free with the upbringing in a small village such as: language, manners, and traditions.

These things shape a great asset of your personality, so even if you feel you can’t bear or survive in your village, wherever you go you constantly feel you are stranger and you don’t belong there. Indeed, it’s really hard to live in “the mountain” as my friend called it. Our village is not located in the far south of Morocco where we might receive the king’s blessings, and we are not in the upper regions of the south in order to melt in the hectic hub of a larger city. 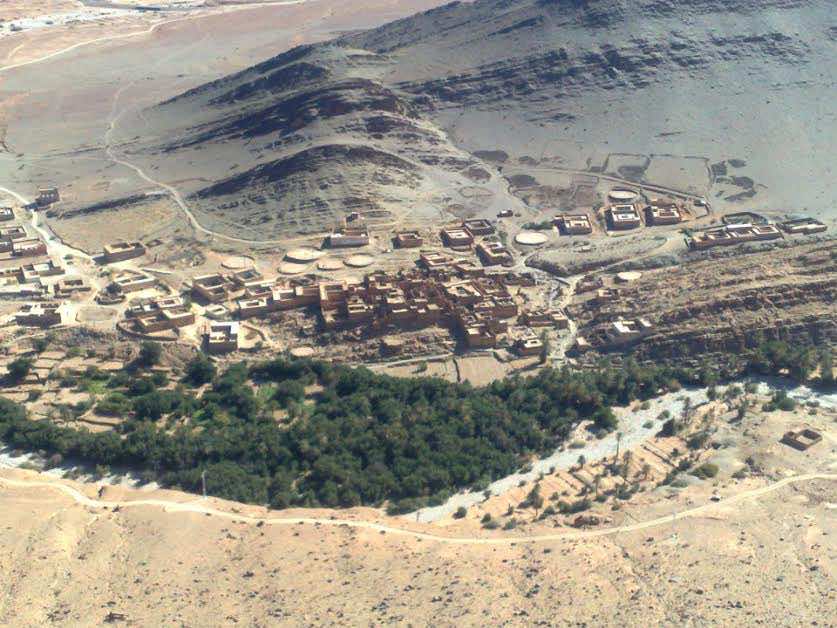 We are in the middle of the south hanging in the air wondering what’s going on and what will happen next? Our situation always reminds me of the Mexicans. We share a lot in common. One of the obvious things we share with the Mexicans is immigration. We have a huge number of immigrants that were forced to leave in order to build a future for their children. Besides, poverty is a highly apparent similarity between us and the the majority of the Mexicans.

I suggest that firms in Morocco should locate some of their factories in the middle south. People of this latter will have a source of living and they will not be forced to immigrate and leave their families. Add to that, companies will profit from the location and also from the human resources.

My region has a rich background that is represented in the language, the customs, and celebrations which were handed down from generation to generation. Yet, the future of this heritage doesn’t really console its inhabitant As long as poverty and immigration are the mean battles of its community.

There are plentiful solutions that can be implemented to bring life into this region and other regions. But above all, this country should really stop the divisive look of the productive and non-productive Morocco, and adopt a new perspective to manage, empower, and equip people with means to gain and maintain their livelihood. Hence, they will feel included not only in the map but also in the future plan of this country.