El Jadida - In Moroccan popular culture, the image of the terrifying female is constructed in popular myths and legends starting from the legend of the Moroccan guerrilla Aicha Qandisha (La Contessa) to the myth of Ttab'a. 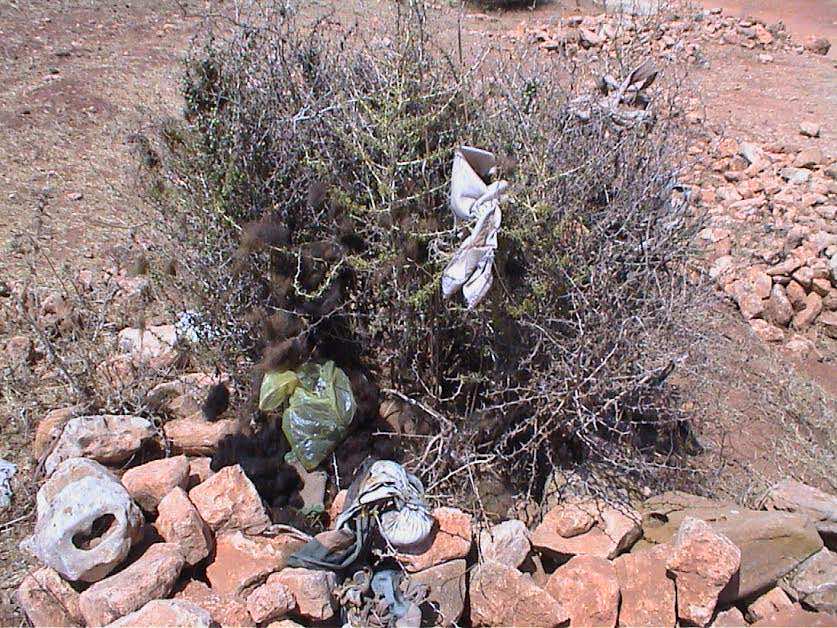 El Jadida – In Moroccan popular culture, the image of the terrifying female is constructed in popular myths and legends starting from the legend of the Moroccan guerrilla Aicha Qandisha (La Contessa) to the myth of Ttab’a.

In this article, we will expound how the image of the terrifying female (la femme fatale) is incarnated in an example of a monstrous female jinni believed to hinder man’s social progress named “the female jinni pursuer” (ttab’a).

Patients who suffer from consecutive failure to realize their expectations and wishes are told by traditional healers to be hounded by a female jinni called ttab‘a, or al-qraina (“companion” derived from the Arabic word “qarin“), who utterly hampers their way to success. It is thought that unless patients appease her wrath by sacrifices and fumigation, she may never slacken her crippling chase.

According to some Moroccan healers, ttaba‘, or al-qraina as some prefer to name it, is a female jinni ( jenniya), or rather, a strong jinni (‘afrita) that harms people by impeding their way to success. According to Sayouti (died in 911 A.H./1505 C.E.), “ttab‘a is um sabyan (mother of children) that demolishes households and palaces, and impoverishes people day and night” (p. 247; my translation). According to the same author, when King Solomon issued orders to chain all rebellious jinn, soldiers came from heavens and earth to fulfil his decree except ttab‘a. The soldiers warned the King of her monstrosity and told him that his territory was doomed to extinction if ttab‘a was kept released. He immediately ordered his soldiers to enmesh her.

In the twinkling of an eye, she was dragged in chains in front of the King. She looked very old; her molar teeth were like the tusks of an elephant, her hair like leaves of palm-trees, smoke emanating from her nose, her voice like thunder and her eyes like lightening. When the King set eyes upon her, he prostrated himself in fear to Allah and then addressed her: “who are you damned monster!” she replied: “my name is sorrow daughter of sorrow—l-hima bent l-hima—and my nickname is um sabyan (the mother of children). I have ten names: qalnush (1), maqlush (2), hailush (3), qarqush (4), ‘amrush (5), ilaqush (6), qamtanush (7), qush (8), maqarqatush (9), um maldam (10) [all these labels may evoke fear and disgust in the addressee because of their repulsive sound and indecipherable meaning—no need to mention here that many incantations, talismans, and magical names originate from ancient Semitic languages like the Syriac and Hebrew alien to Moroccan Arabic].” She adds: “I live in the air between the sky and earth!” When the King asked her about her targeted victims, she answered that she targeted pregnant women and little children. She also harmed people in their health and fortune. She ate flesh and drank blood. When the King exorcised her with foreboding threats, she gave him seven vows not to touch those people who carry with them his talismans. She revealed to him the secrets of undoing her magic influence (for further details see chap. 175, rahma [Mercy] by Sayouti).

According to the same author, ttab‘a has met the Prophet of Islam. When he was walking in town he met a beautiful woman with blue eyes and asked her:

Prophet: Where are you going?

Ttab‘a: I am going to those who crouch in their mothers’ laps to devour their flesh and drink their blood.

T: Please do not damn me! I have twelve names. I won’t harm he who knows them and carry them with him.

P: What are these names, you damned one!

Ttab‘a as it is described above is stereotyped as an untrustworthy insatiable female. She is described as a monstrous woman who eats children and destroys family bonds. This mythical description stems from a presumed need in a patriarchal order to control and protect women. The collective threat women represent for the male world is projected on the world of jinns. The assumption that if women are left unrestrained can cause tumult and chaos, fitna, is represented in the myth of um sabyan, especially in the second version where she is a model of hazardous beauty (femme fatale).

Also, the myth of this female jinni may have an organizational function in society. Um sabyan is referred to in popular culture as rahmat Allah (the mercy of Allah)—a euphemistic expression that some parents prefer to use so as not to harm their children when threatening them to call the jinni if they do not cease their naughtiness.

In Moroccan mythology, ttab‘a may be caused by sihr or may be slata (mishap) ensuing from unknown causes. For a person, to chase away the ttab‘a, he has to “intend” ( yenwi ) to rid himself of it. Then, he would take shed hair (mshaga) after combing, parts of his clothes, belongings, nail-cuttings, or body-hairs and throw them in a sanctified place specialized for this intent. In some sacred places, visitors throw their molted hair or underclothing rags by hanging them on thorns (shtab/shawk) so that the Ttab‘a does not follow them any longer.

The thorn plant is like a weapon in that it has a cutting edge. In Classical Arabic, we say: “rajulun sha-iku ssilah” meaning a man whose weapon is very sharp. In our culture, when someone is referred to like a piece of thorn (shatba), it means that he is sticky and does not bend easily. Shtab is also referred to like glue in that its thorns stick. In the maraboutic social context, thorns are symbolically used as weapons against the evil eye. Their spines are meant to prickle, sting, wound and gouge out the envious eye.

The word “ttab‘a” (female pursuer) evokes the word “ttabi’ ” (pursuer/ follower). The word “follower” has the sense of servant, adept or adherent but the word “pursuer” refers to someone who follows people in order to overtake, capture, kill, or defeat them. This is closer to the meaning of ttab‘a in Moroccan popular culture. The predominant assumption is that people are pursuing others by gloating over their misfortunes and envying their prosperity.

It is believed that our society is full of arrow-shooting eyes (quwasa) and evil onlookers (haddaya) who keep trail of what one is doing and envy one’s success. In popular quarters, this process takes the form of gossiping and meddling with the neighbours’ affairs. It is what Desmond Morris terms tempting survival by proxy. He argues:

One form Gossiping takes consists of meddling in other people’s emotional lives and creating for them the sort of chaos that you would have to go through yourself. This is the malicious gossip principle: it is extremely popular because it is so much safer than direct action. The worst that can happen is that you lose some of your friends. If it is operated skilfully enough, the reverse may occur: they may become substantially friendlier. If your machinations have succeeded in breaking up their lives, they may have a greater need of your friendship than ever before. So, providing you are not caught out, this variation can have a double benefit: the vicarious thrill of watching their survival drama, and the subsequent increase in their friendliness. (Morris, 1969, p. 164)

However, gossip is not all at once socially negative. It may be a cultural tool implemented by social members to protect the group against the outlandish who violate the norms. Failing to live up to group norms may turn to be a hot topic of gossip. Thus, social non-conformists will be more cautious in the future to infringe social norms for fear that group members will gossip about them.

Moreover, gossip may serve social comparison, the act of individual self-evaluation through drawing comparison with other people. Through an ad hoc participant-observation technique of gossip, individuals may manage to collect information about themselves and others to use in the process of comparison. Such comparisons may lead the social subjects to have a clearer idea about their own status and achievements and therefore may conduce them to self-evaluate themselves. People often avoid making direct comparisons since this would put them in embarrassing situations. Hence, they prefer using gossip to satisfy their needs and, most importantly, to protect their social ego.

Like Desmond Morris, Hijazi (1986) argues that the gossiping principle is a means of survival for the subalterns. Gossiping abounds in poor social contexts where people are bored of gross under-stimulation. Caught in a social vacuum marked by unemployment, poverty, indecent housing, lack of opportunities, the subalterns spend their time projecting their conflicts and frustrations on each other. They may think that the destructive gaze of the other causes their social stagnation. It is conceived as having an effect on the individual’s life.

Thus, social subjects tend to hide their doings from each other. Getting a new job, travelling abroad to work, getting promoted, getting married, buying a new house and having a new baby are all considered achievements to be done as furtively as possible to escape the persecution of evil onlookers who may stir Ttab’a into motion in consequence of the power of their spiteful gaze. Gossiping tends to be a cultural worldview when a lot of people persist in believing that they are targets of hostile actions and insinuations, aimed at them by some enemies or band of enemies.

When people think that the world survives by supernatural persecution, when this is not actually the case, it becomes a form of cultural paranoid delusion. The identifying marks of this cultural imaginary paranoia are people’s readiness to accept the slightest evidence in support of the belief of being persecuted and their inability to realize the evidence that contradicts it.