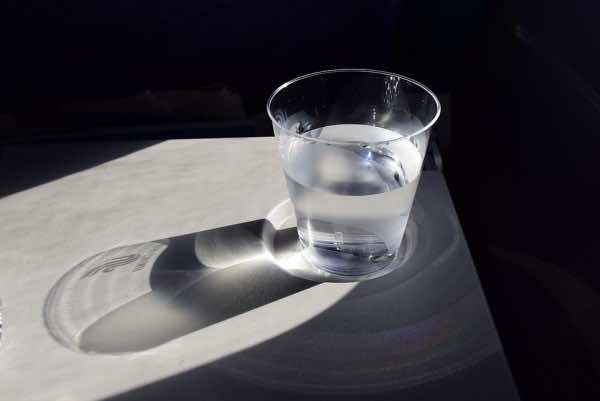 New York – In the Book “Tales of the Prophets” we learn that “One day Prophet Moses was passing by a barren hill and noticed a pious man busy in prayer sitting in a hill side cave. Prophet Musa felt an urge to meet and talk to this pious man so he went near and greeted him. The pious man asked disinterestedly, “Who are you?” Prophet Musa said, “I am Moses!”

The pious man asked, “Are you the Prophet Moses?”
“Yes!”
“Then ask Allah to grant my wish!”
“What is it that you want?”

The pious man said, “For one hundred years I have been sitting here praying to Allah. I don’t do anything else other than pray. Ask Allah, what will He give me for my efforts?”

“I shall find out about it immediately.” and Moses climbed up the hill and called aloud, “O Sustainer Allah! This person wants to know about the reward for his prayers! Tell me, what I should inform him?”

He heard a sound, “Musa! Tell him, he shall be informed about his reward tomorrow.”

Prophet Moses returned to the pious man and conveyed this message to him. The pious person said, “Fine. Tomorrow is not such a long time!”

Now the pious man was in the habit of going early every morning to a nearby canal (built by local farmers) for bathing and fetching some water (provided by God) for his use. So, the next morning he started for the canal, but he lost his way and reached somewhere else.

Because of the sun’s heat he became very thirsty and faint. He sat on a boulder and started thinking about his (coming) death.

At that time he saw another person coming from the other direction. He waved to the person to come to him. When the person came close, he asked him to help him with some water.

The visiting person said, “Where is any water in this wilderness? Whatever little I have is only for me.”

The pious person started crying. The other person said, “Fine! What will you give me if I give you a cup of water?”

The pious man said, “I don’t have anything to give you. I have been busy every day praying (by myself) in a cave for the last one hundred years.”

The other person said, “If you agree to transfer to me the rewards for your prayers of one hundred years, I shall give you a cup of water.”

The pious person thought, if he lived, he could pray for a further period to get another reward from Allah. He said, “I am ready to transfer to you my reward for the hundred years’ of my prayers.

The other person gave him a cup full of water and the pious person returned to his cave.

Later in the morning Prophet Moses got a revelation that the pious man had transferred his hundred years of prayer reward, to another man in exchange for a cup of water. “Ask the man to set the value of (all) the cups of (canal) water that he had been drinking during the last hundred years!”

So Prophet Moses went to the cave and told the man that he had a message for him from Allah.

The pious person said, “O Prophet Musa! I have already sold my hundred years of penance.”

When the pious man heard this, he was very shocked and shouted, “O Prophet Musa! Beg Allah to forgive my sins! Allah is Beneficent and Merciful!”

Prophet Musa got a Revelation to tell this pious man:  “Your penitence of this moment pleased God more than all your prayers of a hundred years; so God has given to you rewards for a thousand years of prayers!”

Lessons we can learn from this tale.

Imam Ali says: “The sin that makes you sad and repentant, is more liked by Allah than the good deed (years of pious personal prayer) which turns you arrogant.”

“No one can be a pious or righteous person unless he or she is a good person.” Midrash to Zabur/Psalm 4

What other lessons can you derive from this tale?