Rabat - A diabetic person was beaten up by a mob of people after he was seen drinking water in broad daylight during Ramadan in Rabat. 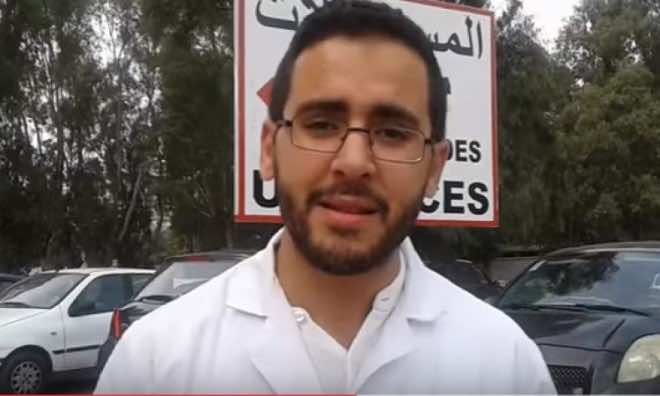 Rabat – A diabetic person was beaten up by a mob of people after he was seen drinking water in broad daylight during Ramadan in Rabat.

The information was reported by a doctor who shared a video on YouTube where he denounced the incident. In the video, which is being widely shared on social media, the doctor explains how his patient, who suffered from diabetes since he was a child, was assaulted for drinking water.

The doctor expresses his frustration at the ignorance that reigns among large segments of Moroccans, as well as in the Moroccan penal code, which punishes those who publicly break their fast with a fine and a sentencing of up to six months in prison.

“The penal code is a joke and a disgrace for Morocco. We are not living in the times of Ottomans or in the Middle Ages,” the doctor said, calling on the government to respect its international commitments in terms of the respect of human rights.

Every year, the holy month of Ramadan, which is supposed to be a month of mercy, devotion and piety, brings with it its share of controversy over people who break the fast in public.

On June 15, two people were arrested in Zagora for publicly drinking water because of the scorching temperature and the hardship of their manual work. Several similar cases of arrest were reported in different Moroccan cities.

The application of article 222 of the penal code is giving rise to an unprecedented controversy in the country.

Earlier this month in Doha, Qatar, Moroccan scholar Ahmed Raissouni said that he is in favor of repealing article 222. Raissouni argued that law enforcement officials cannot intervene in the decision of people to fast or not fast, adding that it is a question of individual freedoms and clarity of conscience.

A careful reading the Quran and the Hadiths shows that article 222 of the penal code has no religious basis. The holy Quran’s surat Al Baqarah (the cow) says “there shall be no compulsion in religion.”

Though breaking the fast in Ramadan on purpose is considered a major sin, no verse of the Quran calls for punishing people who decide not to fast or break the fast in public.

Fasting during Ramadan is only prescribed for people who have reached their puberty and are in good health. The elderly, people who have chronic diseases, such as diabetes, and women who are pregnant are not supposed to fast.

People who are traveling and women who have their period are required to abstain from fasting and to make up for the missing days after the end of Ramadan.