London - After the capitulation of the Third Reich and the end of Second World War, and the emergence of a binary Cold War world, Europe had to rethink its method of organization as a continent. The old continent, which has been subject to centuries of wars, economic rivalries, and fragmentation, had to restructure itself in order to avoid what has been dubbed the biggest catastrophe in history. 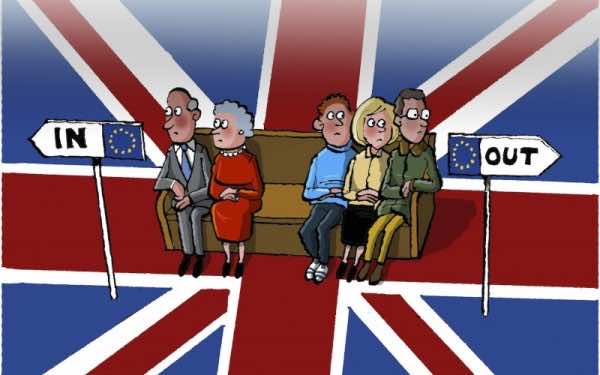 London – After the capitulation of the Third Reich and the end of Second World War, and the emergence of a binary Cold War world, Europe had to rethink its method of organization as a continent. The old continent, which has been subject to centuries of wars, economic rivalries, and fragmentation, had to restructure itself in order to avoid what has been dubbed the biggest catastrophe in history.

The European integration concept came into concrete existence with the 1992 Maastricht Treaty, which marked the inception of the European Union as we know it today. As a matter of fact, the EU project was believed to be the ultimate political and economic superstructure which would effectively end a tradition of war and division and face the challenges of globalization, especially after the collapse of the socialist Eastern Bloc in 1989.

To the astonishment of the international community, on June 24th, 2016, Britons voted to leave the European Union.

Negative effects immediately hit the international interdependent world economies. Worldwide stock exchanges were in panic and the British pound fell to its lowest level since 1985, but that was not all. Serious observers and critics from the left and the right, from continental Europe and from the UK, predict that Brexit’s outcomes will have even more devastating effects in the near future. The referendum’s results could trigger a “Domino effect” by inspiring other member states to do the same, to make their own referendums and leave.

Most notably, France’s National Front Party and its electorate have been calling for a “Frexit,” long before the outcome of Brexit. They advocate a referendum for France to leave the EU and retake their sovereignty from the technocracy of Brussels, which the masses of the “have nots” see as damaging to their existence.

The National Front’s nationalist political agenda aims to close French borders, deport all illegal migrants and refugees, reestablish the death penalty, and abandon the Euro currency. The neglected masses are ready to drink from that water, as long as it threatens the elitism of the European leadership.

David Cameron’s partisan choice to hold an EU referendum in order to rally UKIP electorate to the conservative party was a historic mistake. Without any solid parliamentary backing, the British prime minister proposed the referendum with the assumption that the majority of Britons would vote to remain in the EU. Big mistake. British newspapers are now calling Cameron “the man who defeated Britain.”

We are witnessing a historic event in which the 5th world economic power said yes to isolation. The best scenario, if Britain succeeds, is to remain well integrated with Europe and adopt the models of Norway or Switzerland model, two countries that are not part of the EU but maintain free trade within the bloc and have known political and economic success without being member states.

Only time will reveal the empirical outcomes of a very contested and controversial Brexit.