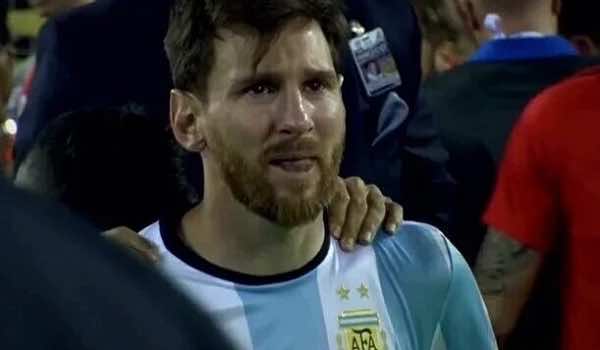 The two teams had played to a 0-0 draw in front of more than 82,000 soccer fans in East Rutherford, New Jersey.

Argentina sent reigning world player of the year Lionel Messi to take its first penalty kick, but after sailing his shot over the crossbar he was submerged in disbelief.

The next two Argentina players made theirs, but that was not enough to overcome Chile, which put four penalty kicks in the net to win.

Shortly after the loss, Messi announced that he was quitting the national team.

“The national team is over for me. It’s been four finals, it’s not meant for me. I tried. It was the thing I wanted the most, but I couldn’t get it, so I think it’s over,” said the world player of the year.