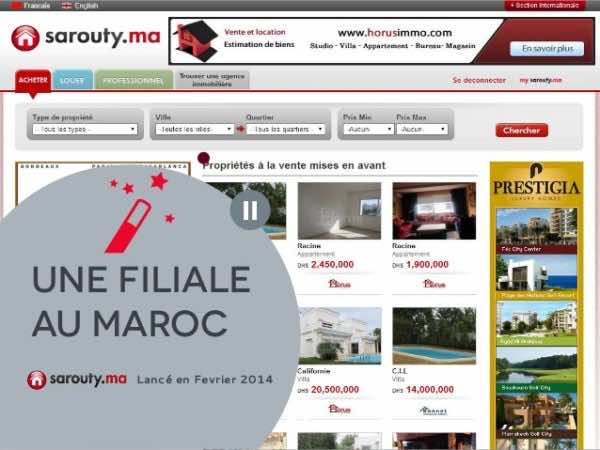 Sarouty.ma, founded in 2014, will become the leading online portal in Morocco’s real estate industry and allowed the combined entity to have over 50,000 property listings after the acquisition was completed Thursday, the release stated. The acquisition, though the amount remained undisclosed, became another achievement as the Group became the leading online portal in five out of its seven operating countries.

“This acquisition comes at a strategic time for our business as we aim to consolidate our position as the leading online real estate portal across our markets,” stated the Group’s CEO Michael Lahyani in the release.

Founder or SeleKtimmo Emmanuella Boleau commended the acquisition as the “next logical step in the evolution of the online real estate sector in Morocco” and provided “scale to compete in in a market place of over 30 million people,” according to the release.

“SeleKtimmo’s footprint and sarouty.ma‘s advanced technology will allow us to deliver better returns for our trusted partners, real estate agents and developers,” Ismael Bekhaya, general manager of sarouty.ma, added in the release.

The Group, established over ten years ago, operates in seven countries in the Middle East and North Africa region including Morocco, Qatar, Lebanon, KSA, UAE, Bahrain and Egypt.