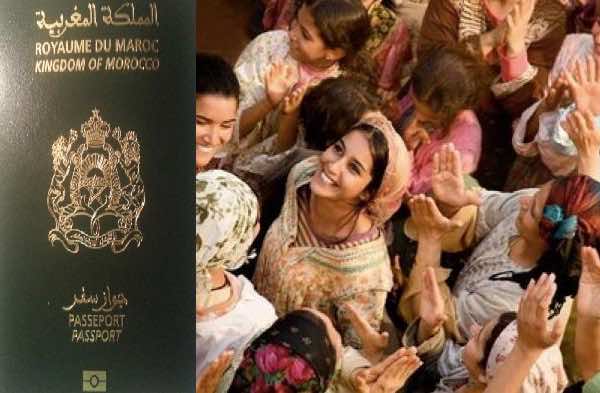 Rabat – Earlier in April, as I was applying for my visa to the United Arab Emirates, I was overjoyed that I will be reunited with my friends and family members whom I have missed dearly since my departure from the UAE in 2015. I used to study there and I hold a special regard to the country and its people, where I have great memories, and most importantly where I have accumulated a great deal of knowledge as part of my college journey.

Yet, I was shocked by the reply of the agency I had registered with. They have been told to back out of my file because I am a young girl who is holding a green Moroccan passport, a passport that I traveled with around the world and have never been discriminated against for, a passport that I hold proudly. Looking at it brings the idea of home to me. Of family reunions, culture, the kingdom’s history, its territorial sovereignty, the diversity and all of the elements that give to the unique and dazzling Moroccan identity I am blessed with.

Then it got me thinking, why would I be subjected to such discrimination for holding a Moroccan passport? I assumed that there would be a record of my stay as a student for a little over two years, which would lead the authorities to simply accept my tourist visa application.

However, I was wrong. I have realized that I am not the target of any conspiracy, but that Moroccan women as a whole are subject to discrimination from the United Arab Emirates authorities. After some digging, it dawned on me that no one but a few articles have been published about this enormous misrepresentation of Moroccan women in the GCC.

Those articles even act as a defense to Moroccan women, which I found ridiculous. We do not need to defend ourselves, or explain that we are doctors, lawyers, engineers, chefs, housewives and more. We are the product of a rich, diverse culture. We are warriors at heart, and the minority that has polluted what we stand for as Moroccan women and as leaders and role models does not represent us under any circumstances.

I have researched the laws and restrictions that concern granting Moroccan women entry to the UAE and my findings have only troubled me further. Any girl under thirty years of age who is single and is Moroccan is subject to an investigation due to the fact that her entry is considered a matter of “security”. She is only granted entry if she has a direct family member or if she is traveling with her parents.

“A matter of security”… It is absurd and completely out of line, considering the strong relationship that the UAE and Morocco share. Why has the Moroccan government not tackled this issue which can be considered as a direct affront to and breach of security for the Moroccan women as well? Where are the women’s rights advocates in Morocco? Will we simply accept the discrimination we face as a result of such laws, laws that target Moroccan women directly?

This is not a singular incident, nor is it a valid stereotype. This issue has escalated to the point where Moroccan women are the victims of this generalization, a generalization that has become more intense and serious to the point that there are laws restricting us from the right to travel.

I call on the Moroccan authorities to take a stand against this hate towards the women of Morocco. We are women who stand together with dignity and pride, and cannot tolerate such discrimination. There exist millions of women’s voices who will not accept nor tolerate such indignation.

Both Morocco and the UAE share common interests, and have an amicable history of great support and cooperation. Attempting to relentlessly degrade Moroccan women and subject them to all sorts of discrimination based on false allegations is a stain on the bilateral relations between the two nations.

I love and cherish the memories and experiences I have had in the UAE, and hold special regard to Dubai for what it has offered and taught me. Nevertheless, seeing these outright discriminatory laws against Moroccan women, and the degree to which stereotyping has led the UAE authorities to act, I have to wonder, what is next? A complete ban of Moroccan women from entering the UAE?  I am a Moroccan woman after all, and will not stand for watching my people discriminated against.

The majority should not pay the price for the minority’s whims. We are equal and such treatment only builds walls between us when we can grow together, and unite to deal with the challenges and threats we are facing regionally and internationally.

As a nation we do stand for something noble and good, for the concept of individual liberties, and we must never forget that. We are the government, we are the fuel that drives this engine, the cells that make everything happen, and we are capable of doing great things, but bad things are being done in our name, and when this is observed, it must be rectified.

The issue of prostitution in the GCC is what needs to be addressed.  United Arab Emirates authorities, rather than discriminating against Moroccan women, and banning, or making extremely difficult their entry into the UAE, should instead create a different screening process of visa applicants with the cooperation of the Moroccan government.

Instead of simply restricting the entry of every Moroccan woman, there should be a system with a database of those known to have engaged in prostitution, and another for those who have no record of prostitution or suspicious actions, and who simply want to visit or explore the neighboring Arab country. In this way, the problem of prostitution in the UAE would be more efficiently addressed, and without subjecting all Moroccan women to baseless stereotyping and discrimination.

Media has contributed substantially to the misperception of Moroccan women by the GCC countries, in that it has been in effect a fuel to the fire of this gross misrepresentation by only putting forth generalizations and stereotypes, or through direct accusations against Moroccan women, citing them as a root of the problem of prostitution in the UAE.

I urge Moroccans, men and women, we must stand as one in this, as one body, and fight the fear and the lies that have been sold throughout the Arab world by the media. There is always a way to make a change. We must fight against this discrimination and confront it, because through combatting our fears and the lies that have been propagated by media, we can begin to chip away at the false perceptions of Moroccan women that are present in the GCC countries. With enough support, we can change the nature of the laws that prevent us from pursuing our own individual goals, the laws that label us and keep us from choosing our own destination. That is how we emerge victorious.