Nice - Iceland managed to continue their fairytale story at Euro 2016 by making it through to the last 8 after a 2-1 victory against England in their eight final match on Monday. 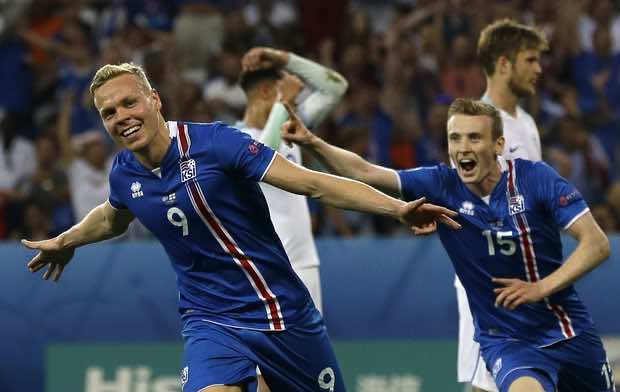 Nice – Iceland managed to continue their fairytale story at Euro 2016 by making it through to the last 8 after a 2-1 victory against England in their eight final match on Monday.

England went ahead in the fourth minute when Wayne Rooney converted a penalty, but Icelanders Ragnar Sigurdsson (6th minute) and Kolbeinn Sigthorsson (18th minute) gave Iceland the lead, and their colleagues defended bravely to earn the biggest win of their history.

In the quarters, the small country (330,000 inhabitants) will play host nation France in Saint-Denis on Sunday.