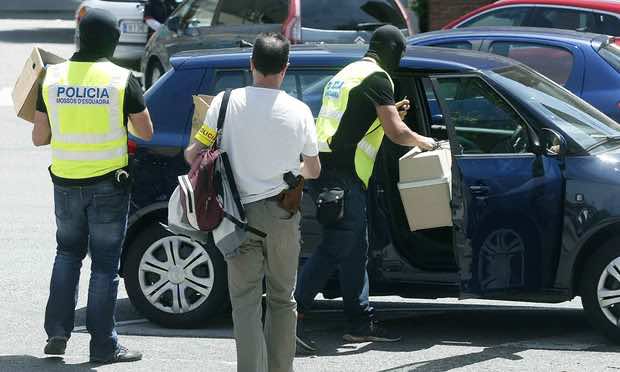 Rabat – The Ethiopian Athletics Federation released a statement yesterday, distancing itself from James Aden, one of the worlds most well-known track coaches, and his unnamed Moroccan physiotherapist, after they were arrested for doping.

Jama Aden and the unnamed Moroccan physiotherapist were arrested in Spain last Monday, after The International Association of Athletics Federation and The World Anti-Doping Agency raided their hotel rooms.

Spanish authorities detained Aden and his trainer while 22 of their athletes were drug tested, none of whom have failed a drug test yet, according to The Guardian. The results of those drug tests should be analyzed in the coming days.

Aden has coached some of the world’s most successful distance runners including, world-record holder Genzebe Dibaba, Taoufik Makhloufi, Mo Farah, David Torrence, Ayanleh Souleiman, Abubaker Kaki, and Hamza Driouch.  Many of the runners he has trained are also distancing themselves from him, following his arrest.

Amid the controversy, more and more runners are surfacing, telling news organizations this isn’t the first time Aden has possessed doping medications.  According to The Daily Mail, well-known runners have admitted to using Aden’s drugs for athletic enhancement.

David Torrence, an American runner coached by Aden said of his coach, “He was like, hey David, you should really reconsider taking these vitamin injections, it’s really going to help you,” according to The Daily Mail.

Torrence said he responded to Aden, “Can I just take it orally?  I’ll be more comfortable with some sort of supplement I can take, magnesium, potassium, whatever.”

Aden replied, “No, you have to take it with a needle.”

Hamza Driouch, a Somalian runner who was banned for doping last year, said Aden tricked him into using performance enhancement drugs.  “He would call me into his room, always just me and him, to give me injections of around five ml three times a week. When I asked him what was it good for, he told me it was good for recovery and to not ask again if I wanted to be a good champion.”

The allegations against Aden don’t stop there.

American coach John Cook said he received death threats after he expressed concern about the performance of one of Aden’s trainees in 2012.  “I suggested I was suspicious. I received death threats. I got phone calls from ambassadors, mostly from the Middle East and Africa, threatening my life,” said Cook.

The International Association of Athletics Federation said it had been investigating Aden since 2013. “The IAAF will use all available resources and powers to protect clean athletes and the integrity of our sport. This includes targeting and investigating individuals and coaches who are intent on exploiting athletes and promoting the use of prohibited substances,” it said.