Marrakech - Michelle Obama's chief of staff on Tuesday hailed Morocco's efforts in promoting gender parity in access to education, on the occasion of the visit to the Kingdom of the First Lady of the United States, Michelle Obama, as part of the "Let Girls Learn" initiative. 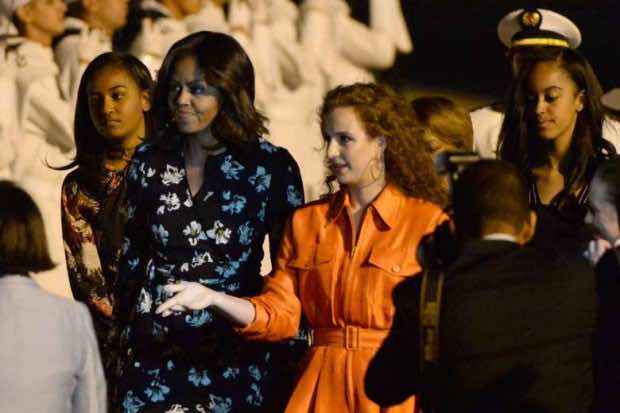 Marrakech – Michelle Obama’s chief of staff on Tuesday hailed Morocco’s efforts in promoting gender parity in access to education, on the occasion of the visit to the Kingdom of the First Lady of the United States, Michelle Obama, as part of the “Let Girls Learn” initiative.

“Morocco has made great efforts in promoting gender parity” in access to education, Tina Tchen, Chief of Staff to the First Lady, told the press in Marrakech.

In this regard, Chen underlined the importance of pursing efforts to overcome the economic and cultural challenges that still impede girls’ access to quality education.

She noted that investments and programs announced on this occasion by the Millennium Challenge Corporation (MCC), USAID, and the US Peace Corps are likely to contribute to overcoming these obstacles.

The Millennium Challenge Corporation (MCC) announced an investment of around 100 million dollars to support girl’s education and launch a new model of secondary school, in partnership with the Moroccan government.

“Let Girls Learn” initiative unites the efforts and programs of several US departments, agencies and government bodies, including the USAID, the MCC, the Peace Corps and the Department of State, to overcome obstacles and challenges impeding the schooling of girls in the world.