Istanbul - A triple suicide bombing at Istanbul's main international airport on Tuesday night has left 36 dead and as many as 150 injured. 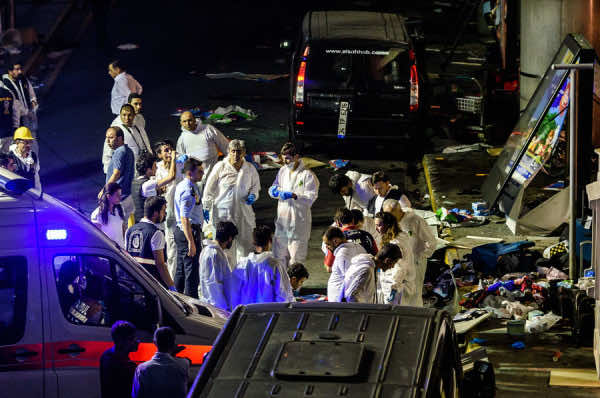 Istanbul – A triple suicide bombing at Istanbul’s main international airport on Tuesday night has left 36 dead and as many as 150 injured.

Three attackers arrived in a taxi and began firing at the terminal entrance. They blew themselves up after police fired back.

There were no immediate claims of responsibility, but Binali Yildirim, Turkey’s prime minister, said it appeared to have been an attack by Islamic State of Iraq and the Levant (Isil) militants.

“There is initial evidence that each of the three suicide bombers blew themselves up after opening fire,” he told reporters at the airport.

Flights partially resumed in the airport on Wednesday morning, while many of the schedule flights were cancelled or delayed.