Rabat - Following last Thursday’s monumental vote to leave the European Union, the United Kingdom has seen an increase in public incidents of xenophobia. These incidents have been mostly verbal, and aligned with the concept of “retaking” Britain for the British that played such a pivotal role in the Leave vote. 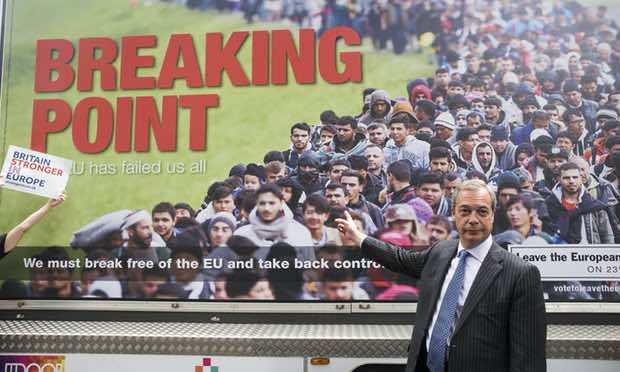 Rabat – Following last Thursday’s monumental vote to leave the European Union, the United Kingdom has seen an increase in public incidents of xenophobia. These incidents have been mostly verbal, and aligned with the concept of “retaking” Britain for the British that played such a pivotal role in the Leave vote.

Many minority groups have received threats or orders to “go home” on the streets, despite some of them being citizens of the UK. Refugees, foreign workers, and non-white British citizens have all been targeted, and often conflated. One American tram passenger was told to “Go back to Africa,” among vulgarities and other insults. In Birmingham, protesters outside of a mosque displayed signs saying “rapefugees not welcome.” However, this xenophobia has gone beyond skin color and religion, as French, German, and especially Polish immigrants were also subject to harassment. In Huntingdon, a Polish neighborhood woke up to find cards distributed to each house, reading “Leave the EU. No more Polish Vermin.”

Verbal abuse has been cited all across the country, targeting all manner of non-white and non-British-born persons. Despite this, police in several major cities, including Birmingham, have not reported an increase in hate crimes or xenophobia, perhaps suggesting that many of these outbursts take place within the bounds of the law, with several notable exceptions of assault.

Human rights and minority groups have reported a rise in hate crimes, with the Muslim Council of Britain citing 100 hate crimes following the Leave vote. International bodies, including the Polish embassy, have voiced concerns about these recent trends. Social media, predictably, has seen a dramatic rise in race, religion, and nation-based insults.

British politicians from across the spectrum have denounced these incidents, although some condemnations carry more weight than others. Prime Minister David Cameron, who is now stepping down, reportedly said “Let’s remember these people [immigrants] have come here and made a wonderful contribution to our country. We will not stand for hate crime or these kinds of attacks. They must be stamped out.”

Nigel Farage, prominent UKIP leader for the Leave campaign, similarly condemned xenophobia, albeit with harsh words for his opposition as well. “There was nastiness on both sides,” he said, adding that “I’ve never, ever, ever encouraged or condoned behavior like [xenophobic assault], and I never, ever would.” Farage continued to call attention to “the real prejudice” against people such as himself who “stand up against the establishment.”

Many doubt the sincerity of his opposition to xenophobia, especially given his recent campaign advertisement. He drew criticism even within his party with a sign that read “Breaking Point” and depicted a long line of foreigners crossing a grassy field. His anti-EU sign resembled an infamous Nazi propaganda image with a similar group of foreigners crossing a field in a similarly-shaped line, likewise designed to spread fear of migrants undermining the economy and security of the nation. Farage has declined to apologize.

These xenophobic incidents are ongoing, despite having been denounced by leaders from all parties. The Leave vote does not actually deport non-British-born persons, although anti-immigrant sentiment did help fuel its victory. The future of the UK’s non-native inhabitants largely depends upon Cameron’s successor, and the nation’s tolerance for incidents such as the post-referendum xenophobia.