Rabat - Since President Bouteflika suffered his first heart attack, few years ago, and was hurriedly transported to a French hospital for medical care in total secrecy, various powerful groups have been vying, in the dark, for the favors of the powerful army to win the honor of selection for the position of president, to no avail. However, this nimble statesman, though weakened by illness and obliged to use a wheelchair for mobility and Skype for mass communication, seems to, still, hold power firmly and enjoy the confidence of the army. 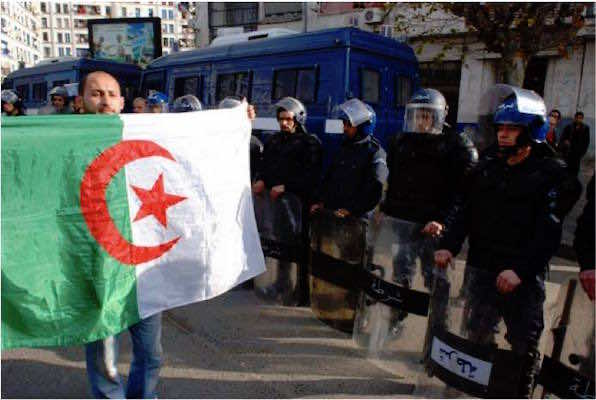 Rabat – Since President Bouteflika suffered his first heart attack, few years ago, and was hurriedly transported to a French hospital for medical care in total secrecy, various powerful groups have been vying, in the dark, for the favors of the powerful army to win the honor of selection for the position of president, to no avail. However, this nimble statesman, though weakened by illness and obliged to use a wheelchair for mobility and Skype for mass communication, seems to, still, hold power firmly and enjoy the confidence of the army.

In opaque Algeria that is reminiscent of its long-time ally and patron Russia, in its old Soviet configuration, power struggle is fierce, especially when the opponents feel, with much strength, that probably the end of the regime is at hand. So, the players want to get the most political and material benefits from it before is too late.

Algeria’s economy depends, to almost 90 %, on earnings from oil revenues and like many oil-producing countries in the MENA region, has set up a huge rentier state that serves as a means of buying social peace disguised into the so-called policy of even distribution of wealth, but aiming, in the end, at perpetuating the absolutist regime, tightly controlled by the omnipresent and powerful army.

In this peculiar set-up, half of the oil revenues go to secret Swiss bank accounts of the top brass of the army, who consider themselves the sole and legitimate inheritors of the Algerian independence. All in all, they are ready to use force, if necessary, as they did with the Islamists, in the past, to safeguard their material benefits in the name of the concept they created, prior to independence to keep power, even by using brutal tactics,: “revolutionary violence.”

As the oil prices are dwindling on the world oil market rapidly, Algeria will soon face difficult options. Initially, it will probably make use of the sovereign fund to maintain the social status quo, but once this is depleted, it will have no other alternative but to opt out for hard choices of realpolitik: cut the subsidies. It has, indeed, already started in some areas.

This perilous act has been preceded, in the last year or so, by putting stringent conditions on car-importing which led to diplomatic outcry from European countries like Germany, whose manufactured vehicles were denied entry to the Algerian market.

In Algeria, everything is subsidized by the state from medicine to housing, attempting to cut the subsidies will amount to political suicide because the rank and file will argue that the military are denying them a birthright while they themselves indulge unashamedly.

As they will start feeling the pinch of economic reality, the Algerians will take to the street en masse, to denounce their government’s policy. Initially, this will lead, undoubtedly, to scuffles with the police force, but, with time, it will go crescendo into an uprising as more localities, through the country, will join the fray.

If the Arab Spring did not occur in Algeria few years ago it is because people had in the back of the mind the atrocities of the civil war (December 26, 1991-February 8, 2002) and wanted voluntarily to spare their country another blood-spilling episode, so, they shied from taking to the streets. Now, the situation is different, it is about survival, if they cannot have subsidies, then they would want all-out democracy, instead.

The Algerian police force is estimated at 130,000, it is under the command of Direction Générale de la Sûreté Nationale (DGSN) itself headed by the Ministry of the Interior, and it is charged of maintaining law and order in urban areas in addition of other police routines. In the countryside, the police duties are discharged by the Gendarmerie Nationale, whose forces are estimated at 60,000 and is directly related to the Ministry of Defense and acts also as a versatile paramilitary force.

In the 1988 riots, the two polices in question, the urban and the rural were surpassed by the events and the state had to call in the army to quell the popular discontent with, of course, all the unpleasant results of such an undertaking.

In the case of a probable uprising that could ultimately happen in the next two years or so, the discontent will go national, in a matter of days, because cutting the subsidies will be severing the sacrosanct bloodline and for the ordinary Algerian it is about honor, a concept of manhood and virility known as nif, that would call for revenge and blood-spilling.

This uprising, if it happens when it happens, will certainly lead to many important and salient changes in the future of Algeria. Firstly, the end of the supremacy of the army in politics and economics and its return to the barracks, once for all, to undertake its primordial and only role, that of the defense of the integrity and independence of the country. Secondly, democracy will, more likely, bring back to power the very Islamists that were kicked out by a military coup in 1991 because they are the only organized and regimented political alternative power to fill in the vacuum. Last but not least, Algeria will open up to the world politically and economically; and especially to its immediate neighbor, Morocco, with whom it has been estranged over the Sahara issue since the Green March in 1975.

At this point, the future of Algeria is grim and uncertain; there is an urgent need for immediate and radical change in politics and economics to avoid future probable uprising and upheaval. It is a well-known fact that bread comes before democracy, but, if the establishment cannot provide anymore, somewhat, free bread then Algerians will go for democracy, for good, no matter what the price to pay would be.