Washington - Morocco “has made huge strides in education,” US first lady Michelle Obama said in an op-ed article published on Friday by CNN website. 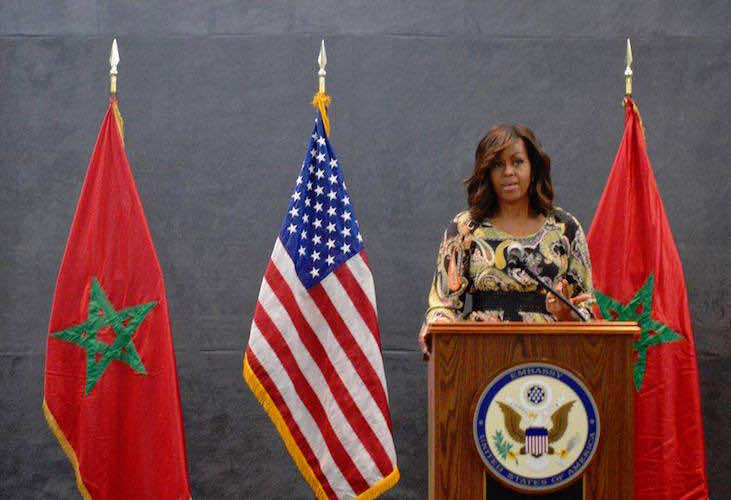 Washington – Morocco “has made huge strides in education,” US first lady Michelle Obama said in an op-ed article published on Friday by CNN website.

“Morocco has made huge strides in education, and nearly all girls there attend elementary school,” she noted, adding that the US “will be working closely with the Moroccan government to help transform high schools across the country.”

Michelle Obama, who left, on Wednesday, Morocco following a visit which falls under the American initiative “Let Girls Learn”, said that the US “will be supporting new school dormitories to allow girls from rural areas to attend school far from home.”

“Large scale efforts like these are critically important, and will affect the lives of countless girls, but they’re simply not enough,” she pointed out, noting that “governments alone cannot solve this problem.”

The Millennium Challenge Corporation (MCC) announced, on the occasion of Michelle Obama’s visit to Morocco, an investment of around 100 million dollars to support girls’ education and launch a new model of secondary school, in partnership with the Moroccan government.

Let Girls Learn” initiative unites the efforts and programs of several US departments, agencies and government bodies, including the USAID, the MCC, the Peace Corps and the Department of State, to overcome obstacles and challenges impeding the schooling of girls in the world.