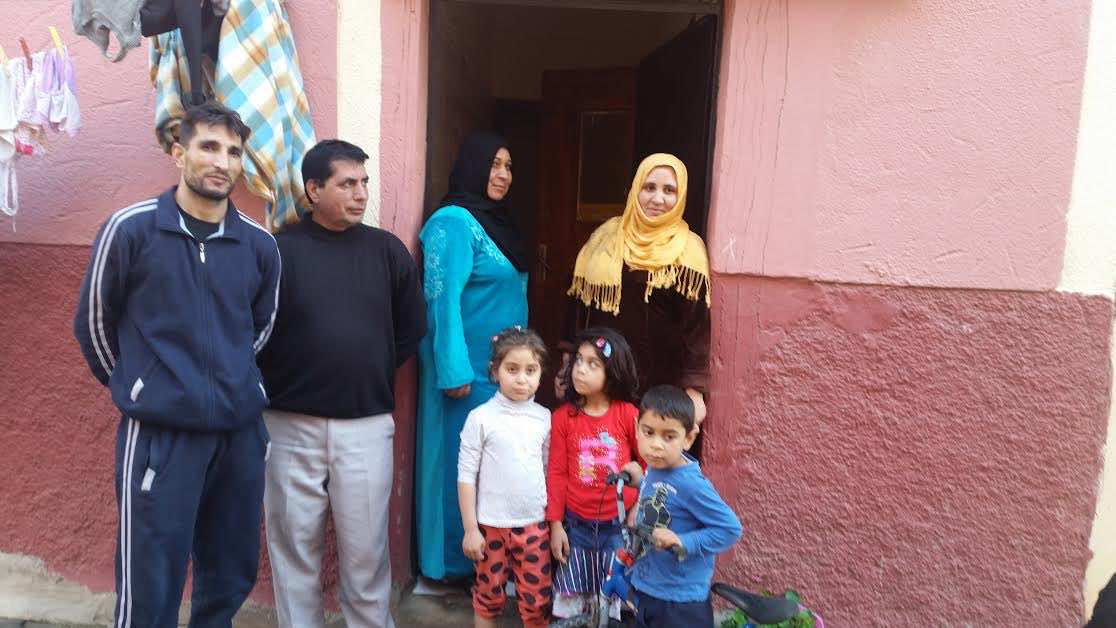 Rabat – Since the start of the Syrian civil war, millions have fled to various countries around the world, and many of them end up stranded in Morocco.

Gulf countries are refusing them. The European Union is closing its borders, and political instability in the Middle East is making is more difficult for refugees to find safety. Morocco has become home to many Syrian refugees, but most of the 1,500 Syrian Refugees residing in Rabat Area are living in legal limbo.

According to the United Nations of Refugee Agency (UNHCR) representative, Ghita Tadlaoui, they aren’t included in the current migrant laws because of perceived security reasons, leaving them without much legal protection and without jobs.

Many Syrians have benefited from Morocco’s regularization program, which was enacted in 2013 and finished an appeals process at the end of 2015. However, many are still waiting for a law to be passed to give them residency in Morocco.

“There is an asylum process, which was changed by the Dahir Royal decree, here in Morocco, so Syrians can be assisted and protected by the UNHCR,” said Anthony Berginc, the External Relations Associate of UNHCR

Morocco implemented refugee regularization process program that allowed migrants to apply for residency. Between September 2013 to December 2015, 17,961 migrants benefited from the program, including 5,250 Syrians. According to Berginc, 460 Syrians registered in the first trimester of 2016. The lowest number of Syrian refugees registered at the UNHCR was 78 last March.

Anas Zareii, 30, the manager of the Syrian restaurant Ya Mal Sham in Kenitra, came to Morocco on August 20, 2011 from Dier Ez-Zor,450 km far from Damascus, capital of Syria. He chose to come to Morocco because his wife is Moroccan.

Zareii was an engineer when he was in Syria, he was living with his parents and his four siblings. Many things have changed in his life: his father died several days ago due to lack of health care in Syria. His brother struggled to flee Syria and travel to Sweden; his younger brother, a student, was killed two years ago in Syria.

“Luckily the Moroccan government is helping us, everything is beautiful here, and all what I want is to bring my mother and my two disabled siblings. But, concerning the UNHCR, in my opinion whether they exist or not that’s would not change anything,” Zareii said.

Many of the Syrian refugees living in Kenitra left their country in 2011. They travelled through many countries, including Egypt and Algeria, before arriving in Morocco. After the Arab Spring protests broke out in Egypt, they decided to flee to Algeria. Then, then illegally entered Morocco with the help of smugglers.

Yasser Al Baten, has been living in Morocco for more than a year. A resident of Homs, a Syrian city close to the Lebanese borders, he was a denture maker. He chose to come to Morocco because his friends were here before him. He came with his wife and four children, he didn’t want to go to Europe because he wanted to raise his children in an Arab Muslim society.

“We don’t suffer from racism and the Moroccan government helped us with lodging, but the UNHCR used to give us 600 MAD every three months. It’s hard for me to manage this amount of money for a family of six members. But honestly, if the situation is getting better in Syria, I would definitely go back to my homeland,” stated Al Baten.

Riyad Mustafa, 56 from Homs, was working in a laboratory when he was in Syria. He first went to Lebanon, Egypt, Algeria then he was smuggled to Morocco through the borders, costing each of his family members around 100 USD. He left three of his sons in Lebanon, due to the expensive price of the trip. But he came with his wife and five children. The children of his uncle’s uncle’s wife, Khazna Khalaf, 70, also lives in Morocco. Her children were killed back in Homs.

“I lost my children and I don’t know even who killed them. I am just living in a house with my young grandchildren, the UNHCR gave me 1000 MAD three times. We came to Morocco around the Islamic holidays of Eid Al-Adha. People here are really generous and friendly, they even slaughtered sheep for us on the Eid day,” said Khalaf.

Mokhtar Challal, 49, a Moroccan trader living in Kenitra insisted on the importance of Moroccans helping their Syrian brothers:

“These people lost their houses and members of their family, and left their country. I would say they even lost their life, for that reason as humans we have to help them. Moroccans here share everything with them food, clothes, and couscous on Fridays. Anything that can make them happy,” said Challal.

The president of the Syrian Community in Morocco, Mr. Ghassan Abou Saleh, who came to Morocco in 1978, describes the diverse categories of Syrian refugees. The first category is made up of the ones who come here to look for job opportunities or to set up a project, the second category is of the ones who have relatives in Morocco, the third category is; the « Gypsies » – the ones who beg near mosques. Some of these people recognize that they bought passports and came to Morocco. Because they heard that Moroccans are generous they fled to Lebanon then to Algeria after that they were sent to Morocco and they start to beg.

According to Abou Saleh, the fourth category is the Syrians who seek asylum and have their residency cards. Their children can enrol in Moroccan schools according to the decision of the Ministry of Education. Moreover they are given 400 MAD per month.

Other Syrians fled to countries like Germany, thanks to Angela Merkel’s more liberal refugee policies, said Abou Saleh. On the subject of Gulf countries, he was more critical: “They say that they are helping us, but you can’t find even one Syrian in Gulf, they[the Gulf regimes] are scared that the revolution will be spread.”

Aminata Pagni, director of immigration issues at the National Council of Human rights(CNDH) summarized the key problem for refugees in Morocco: “There is no current law on refugees, we have a dahir Royal decree at the moment which is just a draft law suggested by the government, and it’s not applied yet.”

Maddie Hughes contributed to this article