Rabat - Morocco is truly a land of striking contrasts and perplexing contradictions, this might sound like a common cliché found in travel books, but it is not. 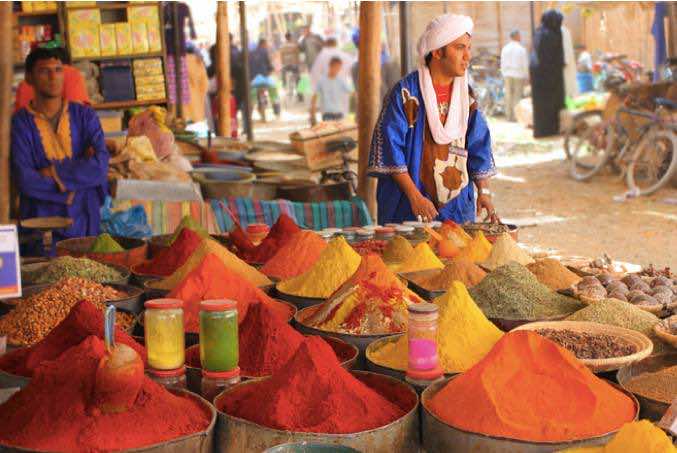 Rabat – Morocco is truly a land of striking contrasts and perplexing contradictions, this might sound like a common cliché found in travel books, but it is not.

It is a caption that is intriguing and inviting for the ordinary tourist or traveler in search of exotic passions and fulfilling experiences; however, for the majority of the locals it is, at times, a painful truth and an unbearable reality of their everyday life that they would like to see changed once for all, especially in the political arena.

The country is ruled by one of the oldest monarchies of the world that goes back to the Idrissid dynasty founded in 788. It is very conservative in appearance and format, whereby the monarch is both a temporal leader: sultan/malik (king) and a spiritual chief: amir al-muminin (commander of the faithful), but, also, in alliance with the Christian West to fight the radical ISIS, which struggles to bring back the defunct Caliphate system of polity.

The Moroccan monarchy has been a staunch ally of the US and Europe for centuries, a relationship characterized, of course, by ups and down but very firm. A relationship that is rewarding for the West, but hardly profitable for Morocco.

Unlike many countries of the MENA region, Morocco has surfed the Arab Spring tsunami waves successfully because, on the one hand, though people are critical of the monarchy, yet they don’t reject it for its historical and religious legitimacies, on the other, the monarchy itself has always an ear on the grievances of the street and bends when there is need for that. A proof of this state of things is that at the height of the Arab uprisings, the king has proposed, for a national referendum, a more liberal constitution in 2011, curtailing some of his massive traditional power, guaranteed by the time-old makhzen political system of governance.

As a follow up to the new constitution, the legislative elections brought to power the moderate Islamists of the Parti de Justice et du Développement-PJD-, which unlike in other Arab countries are very respectful and supportive of the monarchy. Nevertheless, another Islamist party al-Adl wa al-Ihsan, known commonly as jama’a, though extremely critical of the monarchy is, no doubt, the only opposition in the country and has never called neither for the removal of the king nor for the use of violence.

They criticize openly the monarchy and deplore in, no uncertain terms, its predatory instincts and practices and call the king to redeem himself by giving up his personal wealth for the poor and adopting a Caliphate system of theocratic government. This suggestion was made through “to whom it may concern” letter addressed to King Mohammed VI by the late spiritual leader and founder of jama’a, Abdessalam Yassine, through the Internet.

The parliament is another institution of political pretence; people get elected through either direct suffrage or quotas; by buying votes, or by the means of tribal allegiance, land ownership and wealth influence or central party benediction. Local parties exist but wield no influence; they are all supposed to be subservient to the central party leadership. Parliament membership is prized by rich and influential people because it gives them more influence and more wealth, with little investment on their part.

The constitution of 2011 recognizes, in its preamble, the multiple identities of present-day Morocco, which are:

For the Amazigh, this is pure hypocrisy, though the constitution recognizes their language and culture, yet this is only a verbal statement that has no real effect on the culture of the concerned and their destinies. The Islamist government refuses, indirectly; to make the Amazigh language official. The Amazigh regions remain peripheral, underdeveloped and with the highest levels of illiteracy. The Amazigh activists, quite rightly, argue that both power and wealth are concentrated in the hands of the Arabs, making the native Berbers the underdogs of the country. So, the official recognition of their civilization is worthless and inconsequential, as it were.

Morocco is an Islamic country with a conservative way of life. Yet the country allows for so many practices that are in contradiction with the essence and the spirit of this religion:

Religion has always been important in the lives of Moroccans throughout history, but it was always moderate. Jews have lived and thrived in Morocco for 2000 years, thanks to this moderation. When the Sephardic Jews were kicked out of Spain after the Reconquista in 1492, Morocco was one of the few countries that opened its door generously for them and since they dominated the Moroccan economy to the extent that they became the Sultan’s businessmen: tujjar as-sultan. The Jews also dominated, since then, Moroccan diplomacy and international trade.

Moroccan Islam, though this term is rejected flatly by Islamists who believe there is only one Islam with no local colorations, is a mixture of Sufism and maraboutism. The Sufis came from the east around the 15th century and spread around the country, preaching a moderate Islam to uneducated farmers. On their death they were elevated to the rank of religious saints: marabout, and rural people built shrines on their tombs and gave them baraka “divine grace” attributes that allow healing powers. So, there are hundreds of saints around Morocco with different healing powers and whose baraka is celebrated every year at the end of the agricultural cycle (a pagan concept) by a moussem “festival,” organized by the entire tribe for days, reminiscent of ancient pagan rites.

The contrasts and contradictions mentioned here above may be perplexing and baffling to the foreigners, but in reality they are the ingredients that make Morocco the fascinating mosaic that it is often portrayed in photographs, documentaries and travel literature, and people live happily with them, except in the case of politics, and consider them as part of their culture.

For many, Morocco is a “kingdom of thousand kingdoms,” a metaphor that delineates the following:

In Morocco, you can see at the beach a young lady wearing a bikini holding hand with her mother in total Hijab, a woman wearing a Moroccan Djallaba and a veil driving a motorcycle, a rural old man riding a donkey and talking on his smart phone, etc. In many ways these contradictions are the living spirit of modern Morocco that reconciles successfully the distant past and the promising future.