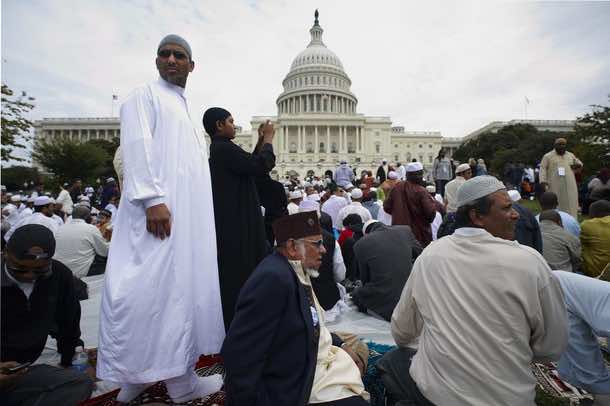 Boston – Tuesday, July 5th, was the last day of the fasting month of Ramadan in the United States. Most Muslims around the globe celebrated the Islamic holiday Eid al-Fitr on Wednesday, July 6th, and only a few countries celebrated on Tuesday because astronomers in these regions were able to sight the crescent moon on Monday. The crescent moon sighting in the Islamic calendar marks the end of the month and the beginning of a new month.

As a Muslim, I have been doing Ramadan for almost 30 years, and I have noticed that each year it gets easier and easier. The more you practice, the more you enjoy it. Ramadan passed this year so fast, although the day gets long at this time of the year. I remember when Ramadan just started: Iftar was at 8:20 pm, and I thought that it was very hard. The following week, I went on a business trip to London where the Iftar took place at 9:35 pm, which is even harder. A week later, I had to travel to Amsterdam, where the Iftar took place at 10:15 pm. This was almost impossible, but it was doable, and if you go a little further to the north to the Scandinavian countries where the sun almost stays up around the clock, Muslims fast for almost 22 hours every day. The lesson to be learned here folks is no matter how hard your journey is toward your goal, remember there are other people who have already achieved the same goal, although they struggled more than you.

We should apply this concept to what we, community organizers, are trying to do to bring the community together here in the U.S. This goal may seem a little bit hard, especially when we see the so-called leaders are dividing us to satisfy their political agenda, but I am sure we can do it if we all work together toward a common goal.

Last month the Moroccan American community of Revere organized an interfaith Iftar dinner where attendees were allowed to observe an Iftar in the Moroccan way. This included trying some mouth-watering Moroccan dishes and some beautiful music from Morocco. Religious leaders representing all faiths in the city of Revere and the majority of the city officials attended. Mayor Arrigo praised the Moroccan community for their great hospitality. He added that similar events will certainly bring the community closer. As requested by most of the attendees, the Moroccan community will organize Eid al-Fitr celebration on Saturday, July 9th, at the Beachmont School from 3:00 pm to 6:00 pm. To all of our fellow-citizens, please save the date and join us so we get to know each other on a personal basis.