New Delhi  - Morocco could be the hub for Indian trade to Africa and Europe, Morocco’s ambassador to India Larbi Reffouh said. 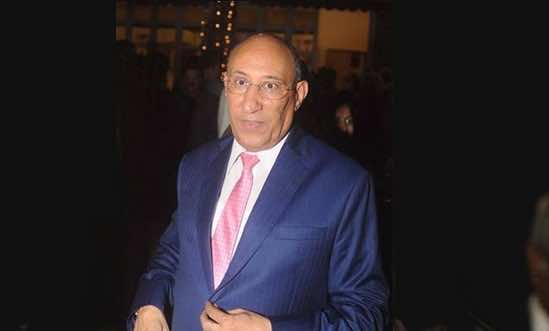 New Delhi  – Morocco could be the hub for Indian trade to Africa and Europe, Morocco’s ambassador to India Larbi Reffouh said.

“Morocco can become an ideal hub for India to expand its business activities in the region and both sides have strong desire to take the bilateral relations to the next level,” the diplomat added in an interview with India Strategic magazine.

Morocco and India enjoy very close and cordial relations, marked by understanding, mutual respect and support in the international fora, Reffouh pointed out, noting that the historic visit of King Mohammed VI to India in October 2015, as well as the recent visit of Vice President, Mr Hamid Ansari, to Morocco, significantly contributed to injecting fresh momentum into the bilateral relations, which, has now reached sufficient maturity so as to develop into special partnership covering all fields.

There is a strong political will at the highest level in the Kingdom of Morocco, to further enhance ties with India in all fields, the diplomat stressed, adding that the Kingdom wants to establish innovative partnerships and pave the way for new investments in areas such as automobile industry, pharmaceuticals, agriculture, renewable energy, and IT, scientific research.

The opening of direct air links between Morocco and India would surely play a crucial role in building bridges between our peoples, promoting mutual understanding and improving their perception of each other, the diplomat noted, adding that air connectivity should definitely help in attracting an ever greater number of Indian visitors to our country and boost tourist flow from India.

On the issue of terrorism, Reffouh said that Morocco, which is convinced that the scourge of terrorism cannot be eliminated without collective and concerted action by all countries, has engaged, in a very responsible way, in the international community’s counterterrorism initiatives.

To that end, Morocco has set up many partnerships both bilaterally and at the multilateral level, focused on capacity building and intelligence sharing, the diplomat added, noting that in this spirit and in response to the requests from a number of African nations, the king launched the Higher Council of the Mohammed VI Foundation for African Ulema, which aims, through its branches in African countries, and together with other religious institutions, at disseminating enlightened religious precepts and combating extremism and terrorism.