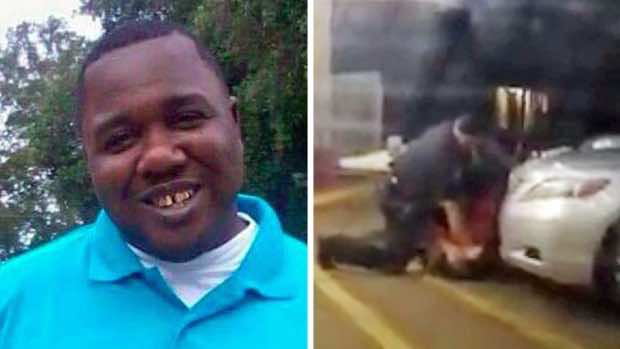 Rabat – Two black men have been shot dead by police in two days in the U.S. states of Minnesota and Louisiana with witnesses shooting video on their phones.

Philando Castile, 32, was shot four times by police in St. Paul, Minnesota while being pulled over traffic stop for a broken taillight, according to Castile’s girlfriend, Lavish Reynolds, as reported by CBS Minnesota.

Reynolds live-streamed the incident’s aftermath on her phone, which began circulating on Facebook shortly after the shooting.

In the video, Reynolds said the police asked Castile, who was driving, for his license and registration. She said that while Castile was reaching for his wallet, he informed officers that he had a firearm in his possession, and a conceal-and-carry permit.

Reynolds said in the video that the officer then shot Castile four times, while her daughter was in the car.

The officer in the video at one point screams, “I told him no to reach for it! I told him to get his hand out…”

Reynolds told the officer, “You told him to get his I.D., sir, his driver’s license.”

She pans the cellphone camera over Castile, who is covered in blood.

The officer, whose gun is drawn the entire time, tells Reynolds to, “Keep your hands where they are.”

CBS Minnesota reports that Sgt. Jon Mangseth, St. Anthony Police’s interim chief, told reporters late Wednesday night that he was aware of the Facebook video, but not of its content. The video was taken down shortly before midnight.

He later stated in a brief press conference early Thursday morning that the officer who shot Castile has been placed on standard paid administrative leave.

According to BBC, Minnesota Governor Mark Dayton requested a federal investigation into the shooting.

The Wednesday shooting in Louisiana follows the death of Alton Sterling in Baton Rouge on Tuesday night, where hundreds of people have protested for two nights, according to BBC.

On Tuesday, a person called the police to report that a black man in a red shirt selling musc CDs outside the Triple S Food Mart in Baton Rouge had threatened him with a gun, the police department said, according to the New York Times.

A bystander shot a graphic cellphone video showing an officer pushing Mr. Sterling onto the hood of the car and tackling him to the ground. Two officers held him to the pavement while one is shown to hold a gun over Sterling’s chest.

When someone yelled, “he’s got a gun, gun!,” one officer is seen pulling his weapon and two shots can be heard but not seen because the camera shifts away, according to the NY Times.

A second video made by the owner of the store shows the shooting from a different angle and shows that Sterling never had a gun in his hand during the fatal encounter, as reported by RT.

However, the video does show police removing an object from Sterling’s pocket just as he reaches out with his left arm to his chest as he lay dying.

Police are not confirming whether or not Sterling had a gun on him or if any was recovered from the scene, according to RT.

State Rep. Denise Marcelle (D-Baton Rouge) said that Baton Rouge Police Chief Carl Dabadie told her that both of the officer’s body cameras were knocked off during the struggle with Sterling, but that dashcam footage and the store’s surveillance video are being processed, according to RT.

In a Facebook statement, President Barack Obama said “all Americans should be deeply troubled by the fatal shootings” and that the Department of Justice has opened a civil rights investigation in Baton Rouge.

The deaths follow a long line of high-profile incidents involving African-Americans at the hands of police, igniting a national debate about the use of lethal force, according to BBC.