Dallas - On Thursday night a sniper opened fire on police officers in Dallas, during a protest about police-involved shootings. 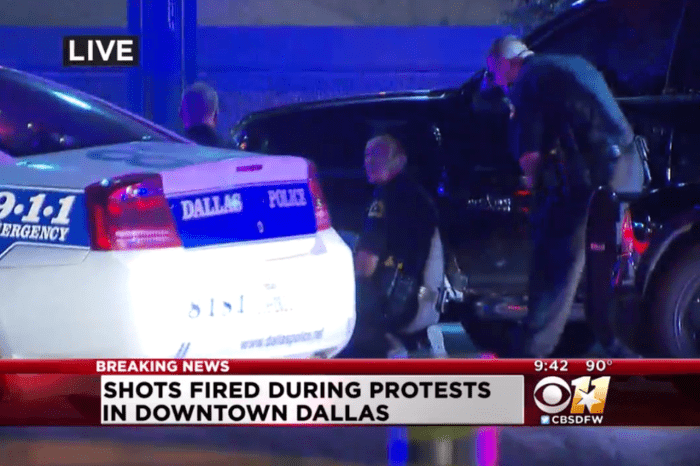 Dallas – On Thursday night a sniper opened fire on police officers in Dallas, during a protest about police-involved shootings.

Five law enforcement officials were killed in the ambush, according to Dallas police.

A gunman shot at police “ambush-style” while protestors marched in downtown Dallas against the fatal police shootings in Louisiana and Minnesota, according to Dallas Police Chief David O. Brown.

The main suspect, who was wearing heavy body armor and carrying multiple rounds of ammunition, was killed by a police-controlled remote explosive device about 45 minutes after authorities began trying to negotiate with him.

Three other suspects are in custody, according to the police chief.

Brown said the suspect told officers he wanted to kill white police officers, and said he was not affiliated with any groups.

Five police officers were killed and seven other police officers and two civilians were also injured in the melee that sent protesters scrambling as heavy gunfire erupted.

Three of the injured officers were in critical condition undergoing surgery Friday morning.

Obama, who is Poland for a NATO Summit, condemned the sniper-style shootings of Dallas police officers Friday, calling them a “despicable attack on law enforcement.” “I believe I speak for every single American when I say we are horrified over these events, and we stand united with the people and the police department in Dallas,” he said.