London - The fifth anniversary of South Sudan’s independence from Sudan on Saturday coincided with renewed fighting in Juba between forces loyal to the president and vice-president. 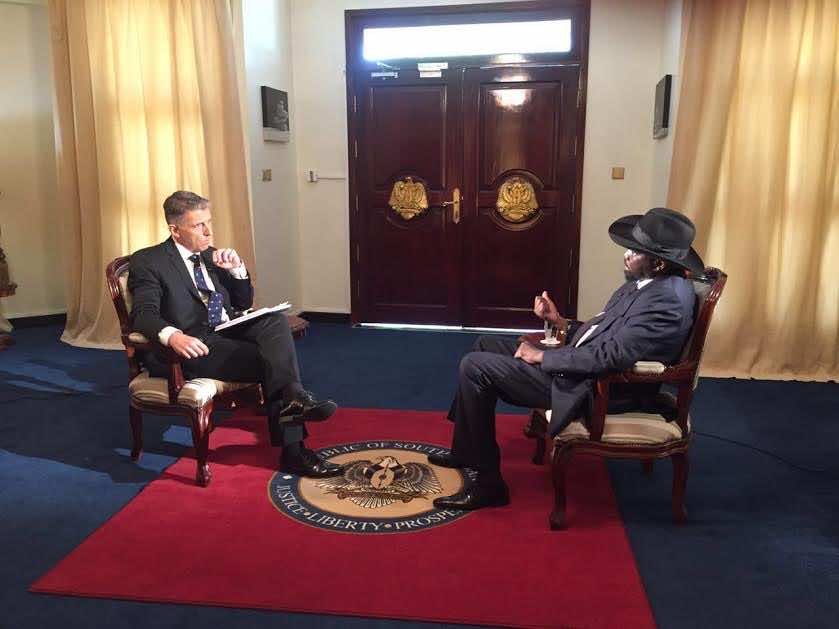 London – The fifth anniversary of South Sudan’s independence from Sudan on Saturday coincided with renewed fighting in Juba between forces loyal to the president and vice-president.

This led to fears and claims of a renewal of the civil war that started in late 2013 and has left tens of thousands dead, created over 850 000 refugees and asylum-seekers, and crippled the fledgling economy.

Just before the renewal of violence, Talk To Al Jazeera interviewed both president Salva Kiir and first vice president Riek Machar. Both said they were working together, with Kiir even calling them “friends,” and both expressed remorse over the civil war, but areas of tension remained apparent.

Kiir criticised last August’s peace deal that paved the way for Machar’s much publicised return to the capital in April this year.

“So you signed up to an agreement that you believe was essentially wrong?”

“It was wrong. It was wrong because even the – to sign it was the problem. They said that if there is a wrong sentence in English, don’t correct it. Don’t put a comma or a full stop.”

When Dobbie reported the president’s statements to Machar in a separate interview later that day, the first vice president said, “Well, he hasn’t told me that. Because we have been discussing the implementation of it. So I expect that he will respect this bargain in the agreement.”

Kiir also implied that Machar’s delayed return – in April 2016, when the peace agreement had been signed in August 2015 – was an attempt to delay funding from the international community so that “the government will fall.”

When Dobbie asked Kiir how he planned to deal with the hundreds of thousands of refugees and asylum seekers, the president admitted, “Our problem is money. We have no money.”

Dobbie replied that the donors say, “We will not give you money until you get genuine security and stability. That’s the starting point.”

Kiir questioned the logic of this. “When you deal with a hungry person, don’t expect that hungry person to be listening to whatever you are saying. No matter the nice words that you will tell him or tell her, they will be thinking of their stomachs.”

He added, “The international community have been shifting their goal posts from the beginning. They said they cannot help the government, unless you sign the agreement. We signed the agreement in August last year. They said, again that we will not assist your government until you form the transitional government of national unity. And that has been our problem. Dr. Riik Machar refused to come to South Sudan. He stayed outside. He might have been assuming that if he doesn’t come, there will be no support to the government from the international community, and the government will fall. Because the saying was that, there is no money.”

Kiir also expressed his frustration with being at the mercy of international community. “I’m just like a child being ordered by everybody.”